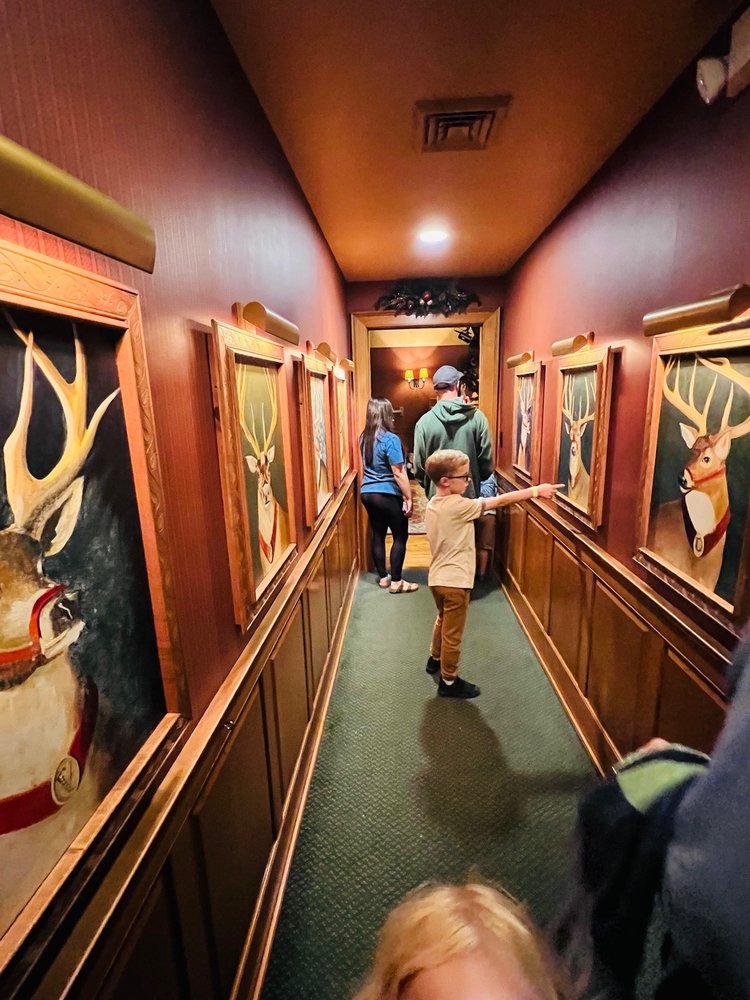 Santa's Village is a Christmas-themed amusement park located in Jefferson, New Hampshire, United States. Most of the 16 rides have Christmas or winter-themed names, such as "Rudy's Rapid Transit Coaster" and "The Great Humbug Adventure". The rides are designed for families with children under age 13. There are also three theatres, two of which present live shows and a third that features a 3-D movie called "A Tinkerdoodle Christmas". Visitors can visit Santa's home, lie in his bed, sit in his chair, and have a picture taken with Santa. Santa's Village was the brainchild of Normand and Cecile Dubois who, in the early 1950s, wanted to create something novel to their region. Seeing deer crossing the road sparked Norman's belief that the North Country in New Hampshire would serve well as Santa and his reindeers' home. On Father's Day, in 1953, the family amusement park was opened for the first time to the general public. In its first year, the park had pony rides and showcased Francis the Famous Mule in a mule performance. The amusement park staff frequently gave her oats from a whiskey bottle to wheedle her to move. The Duboises also invited to the park Santa Claus who was accompanied by real reindeer and numerous elves. The park was later englarged to include a "Santa Schoolhouse", a "Blacksmith Shop", "Santa's Workshop" and a chapel. In 1955, the park was open from June to October.[

We love Santa's village! Been going here since i was six and love to bring my kids here everyyear now! They are 8 and 12 Read more

I just feel like every time I go I need to post a review. It's literally one of my favorite places in the whole entire world. It's top five of amusement parks ever and I've been to quite a few.... Read more

Reviewed by
Jenny B.

After hearing about Santa's Village earlier this year, I knew it would be the perfect place to kick off the Christmas season with my 4 and 2 year old. We booked a trip here for early November... Read more