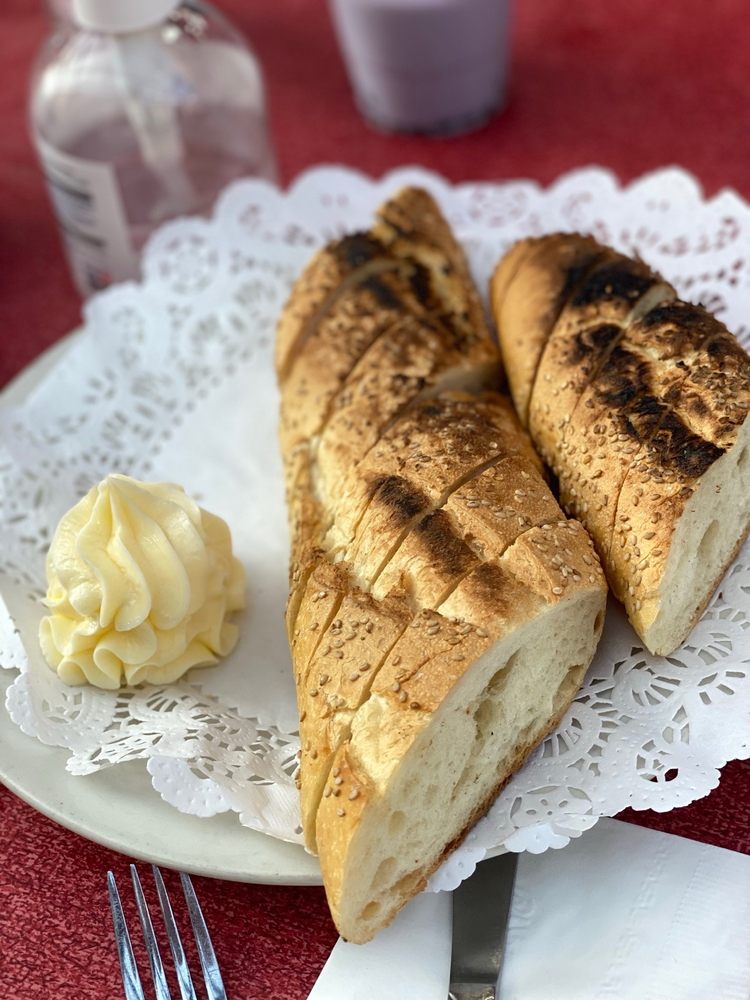 In 1919 Gregorio Garofalo came over from Italy to begin his American dream... He rented a basement, put in his coal stoves, and sprinkled saw dust on the floor.  With his knowledge of creating homemade wines, and his passion for cooking, Gregorio's dream began.... The name ..."Puglia" is a region in Southern Italy from which he immigrated.  People came from far to indulge in the delicacies Gregorio prepared; Capuzzello (sheepshead), Tripe (the lining of the stomach of a young ox), and Pasta E Fagioli (pasta and beans), but what they loved the most was the way he treated everyone like his own family. Today with his grandson Joey carrying on the recipes and the values he taught him in his original NYC location where he sprinkled that saw dust, Gregorio is smiling! All of us at Original Puglia thank you for making Gregorio's dream a reality.

I went here because a coworker saw pictures on Instagram and thought it good. The soup is good but it is small and pricey. The pasta is fresh, they were out of rigatoni so they put it in... Read more

Puglia is a fun time with food as good as the hype We were a group of 43 and they brought platters of food and many multiple bottles of wine We came on a Saturday night and they had live... Read more

What a treat! Est 1919 just off the main "Welcome to Italy" sign. Ask for Anderson he will take care of you and you'll feel right at home! Excellent customer service and recommendations. This is... Read more