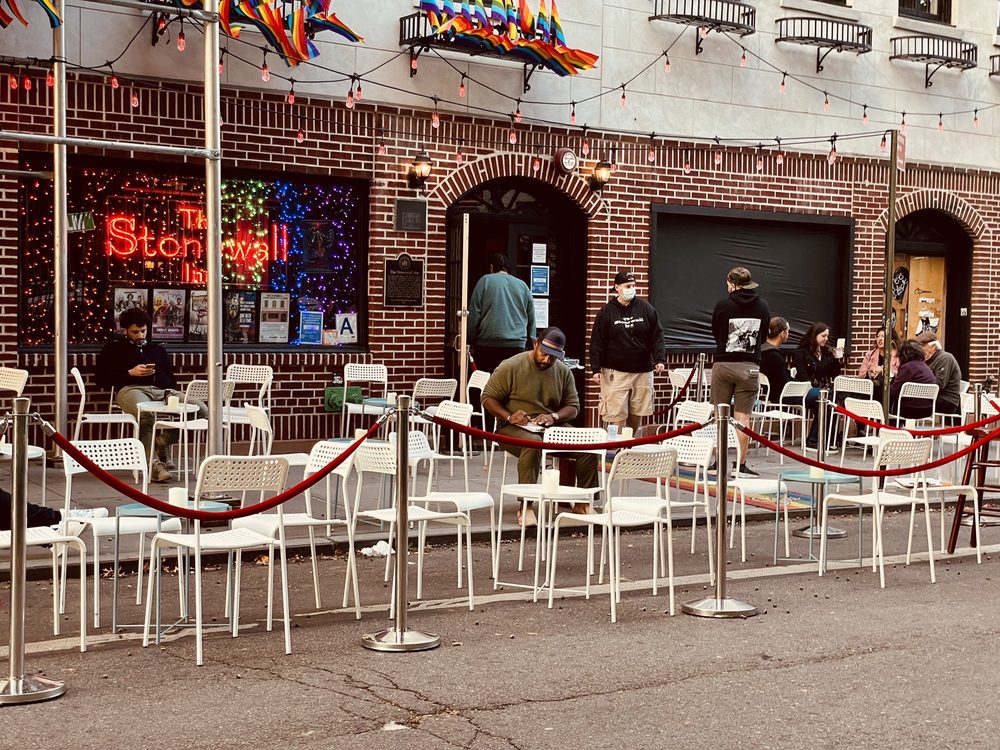 Before the 1960s almost everything about living openly as a lesbian, gay, bisexual, or transgender (LGBT) person was illegal. New York City laws against homosexual activities were particularly harsh. The Stonewall Uprising on June 28, 1969 is a milestone in the quest for LGBT civil rights and provided momentum for a movement. Stonewall National Monument is a new national park unit located in Christopher Park, part of New York City's Historic Greenwich Village. It is a park in progress with limited services, and in the coming years services will be added to the park in cooperation with our partners. The monument sits across the street from The Stonewall Inn, a National Historic Landmark known for its involvement in the beginning of the modern struggle for civil rights of lesbian, gay, bisexual, transgender (LGBT) Americans. The Stonewall Inn exists as a private establishment and working bar.

Can't help that I have experience singing with a couple of bands and recording artists. When I arrived to their karoake the 2nd time, the female bartender ignored me talking to her girl friend.... Read more

We were walking by in this area and wanted to stop in this place for a drink. The history of this spot was interesting to learn about while we had a few drinks. I tried the Almond blossom and... Read more