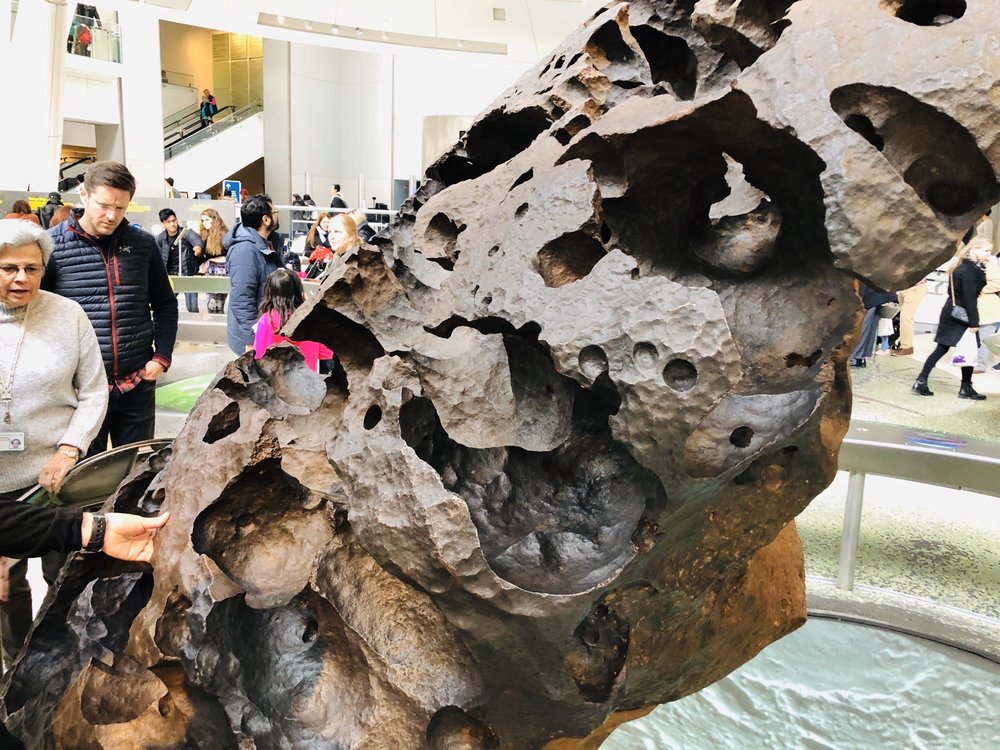 “a field guide to the entire planet & beyond”

The American Museum of Natural History is one of the world’s preeminent scientific and cultural institutions. Since its founding in 1869, the Museum has advanced its global mission to discover, interpret, and disseminate information about human cultures, the natural world, and the universe through a wide-ranging program of scientific research, education, and exhibition. The Museum is renowned for its exhibitions and scientific collections, which serve as a field guide to the entire planet and present a panorama of the world's cultures. The Rose Center NY is a large earth and space museum and planetarium near West Central Park in Upper West Side Manhattan. Rose Center New York is part of the American Museum of Natural History. This NYC museum is packed full of unique science-related exhibits. The Rose Center NY features a ton of interactive and educational exhibits for all ages to enjoy, as well as a state-of-the-art planetarium with exciting shows. To discover, interpret, and disseminate—through scientific research and education—knowledge about human cultures, the natural world, and the universe. The Harriet and Robert Heilbrunn Cosmic Pathway is a 360-foot-long path in the Rose Center for Earth and Space that spirals from the exit of the Hayden Big Bang Theater to the base of the Hayden Sphere, laying out the 13-billion-year history of the universe. One’s stride is measured in millions of years, and the relative blink of an eye that is the human era is depicted at the end of the pathway as the thickness of a single human hair.Major developmental stages represented on the pathway include the formation of the Milky Way, the Sun, and the Earth, the first life on Earth, the production of oxygen in the oceans, and the Age of Dinosaurs. Panels show the relative size of the universe at specific points in time and display objects from each period in the history of the universe. Eight media stations provide in-depth information about the evolution of the universe, the planet, and life itself.Artifacts along the pathway include a meteorite that dates from the birth of our solar system; a sample from the oldest rock formation on Earth; a trilobite, the first animal with eyes; and the fossilized serrated tooth of a giant carnivorous dinosaur.

Reviewed by
Ed U.

Space...the Final Frontier. These are the voyages of the Starship, Enterprise. Its 5-year mission... To explore strange new worlds. To seek out new life and new civilizations. To boldly go where... Read more

Save your money! This place has been on our To Do list for a long time, and should have stayed there. The ticket kiosks are frustrating, the signage throughout the building is horrendous, the only... Read more

My husband and I went on Sept. 30, 2017 to celebrate my birthday. I read some of the reviews here. Yes, entrance fees are pricey, but they are recommended, you can pay want you want to get in.... Read more

Rose Center for Earth and Space