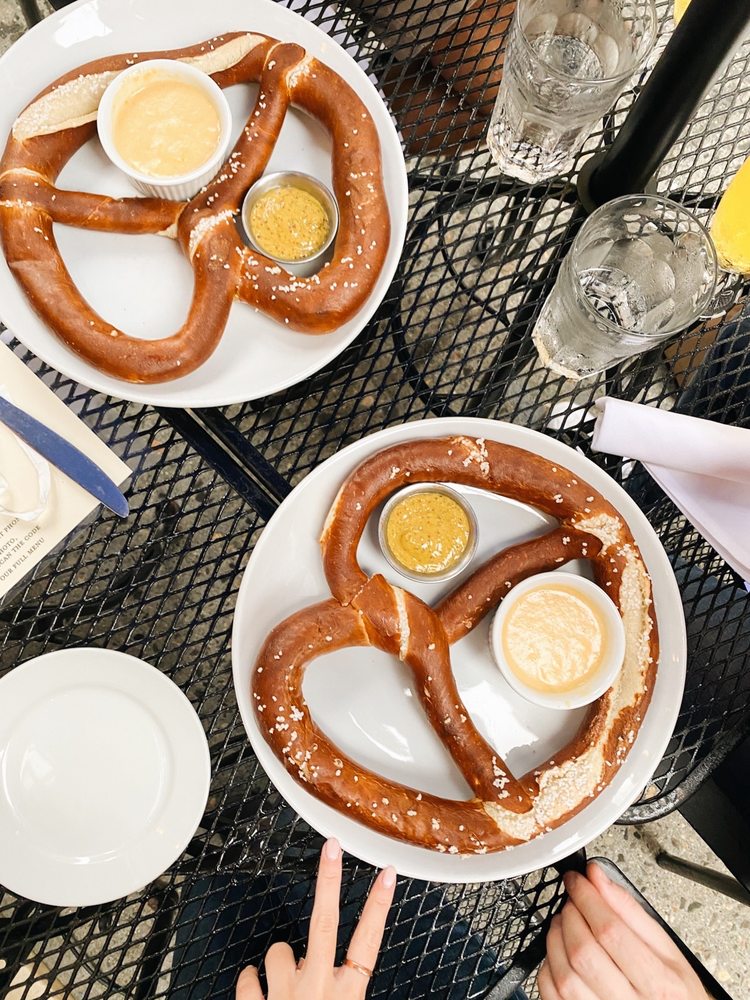 “From tavern to museum”

Fraunces Tavern® Museum’s mission is to educate the public and create genuine appreciation for New York City history as it relates to Colonial America, the Revolutionary War, and the Early Republic; this mission is fulfilled through the preservation of its collection and interpretation of the institution’s landmarked 1719 building along with varied exhibitions of art and artifacts as they relate to the historic site and the American Revolution. After the Revolutionary War was won, the building at 54 Pearl St. held the first offices for the Departments of Foreign Affairs, War and Treasury (1785-1788). After the federal government promised to move it’s offices south, the building once again became a tavern.In 1825 the Erie Canal was opened, which made New York City the most important port to the interior of the nation. The building at 54 Pearl Street was in the center of the action. Due to influx of single men and young families to the city, housing was in high demand. Fraunces Tavern operated as boarding house with a bar until the 1840s, when grander places to stay, like hotels with 200 rooms and elegant furnishing became more popular with the boarding class.In the 19th century 54 Pearl Street underwent many structural changes, including repairs made due to fires in 1832, 1837 and 1852. Two additional stories with a flat roof was added. The upper floors were divided in thirteen bedrooms and one toilet to accommodate boarders. In the 1890s the first floor was dropped to street level and a modern façade of glass and cast iron was added. Fraunces Tavern 1890sThe building’s history was never forgotten; 54 Pearl Street continued to be a gathering place for Patriots into the 19th century. Alexander Hamilton and Aaron Burr both attending a dinner hosted by the Society of the Cincinnati on July 4th, 1804, a week before their famous duel. The Sons of the Revolution in the State of New York, Inc. reorganized at a dinner held on the 100th anniversary of Washington’s farewell (1883).In 1900 the building was under threat of demolition, due to the ever expanding city’s need for more space. The city used its rights of eminent domain to designate the building as a city park in 1903. The following year the owner of 54 Pearl Street agreed to sell it to the Sons of the Revolution in the State of New York, Inc. The city rescinded its park designation, and the SRNY took title in July.  Fraunces Tavern 1904 restoration in progressThe goal of the SRNY was to restore the building to its 18th century appearance and reopen it to the public as a museum and restaurant. In 1905 William H. Mersereau, an architect with an interest in history, was hired for the restoration. The restoration was completed in 1907 and the Museum was opened with a grand ceremony on December 4th, the 124th anniversary of Washington’s farewell to his officers at Fraunces Tavern.Over the last 106 years Fraunces Tavern has expanded. The Museum and Restaurant now occupy five buildings on the historic Fraunces Tavern Block.  When you visit you will enjoy over 8 dining spaces and 9 Museum galleries.

Basically came here to grab a quick lunch with a coworker, and immediately I was surprised by how large the establishment was! There was at least 4 different sections in the restaurant, and extra... Read more

Unfortunately our experience was not what we were used to. Last night we came for the Pappy flight, $85 for three ounces. The host was so kind and any restaurant should be so lucky to have a... Read more

Finally had a chance to check our the famous Fraunces Tavern. Full warning that the portions here are on the large side, even for the side orders. Our lunch order: * Skirt Steak Frites with... Read more