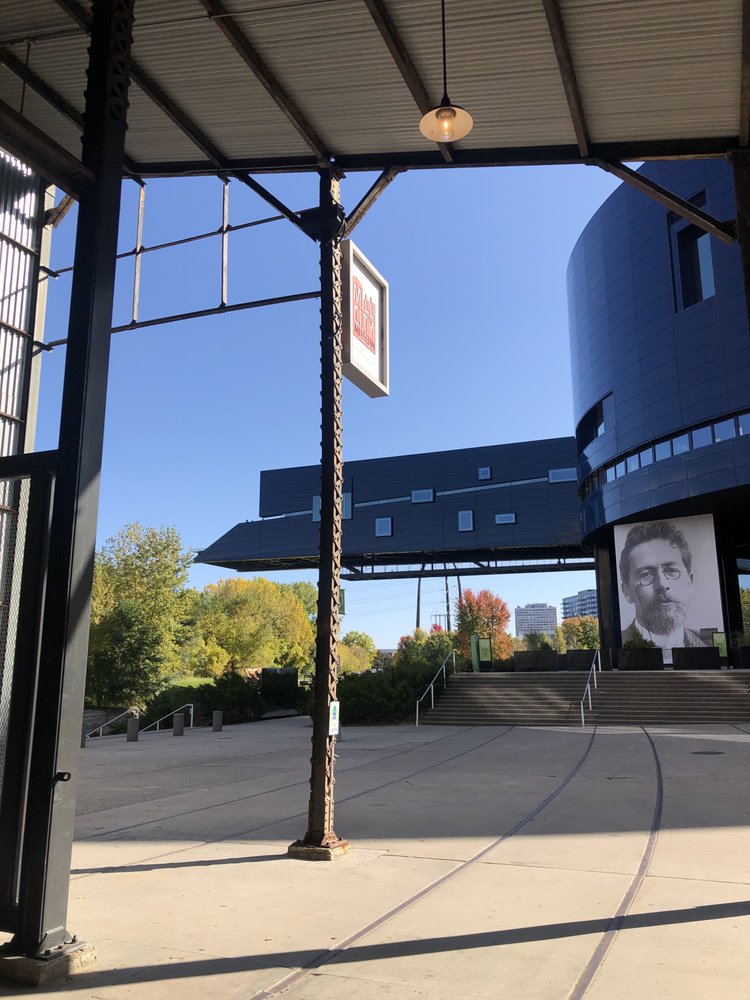 “Built into the ruins of an old mill”

Built into the ruins of what was once the world’s largest flour mill, Mill City Museum is located on the historic Mississippi Riverfront. Here, visitors of all ages learn about the intertwined histories of the flour industry, the river, and the city of Minneapolis. Originally designed by Austrian engineer William de la Barre and declared the world's largest flour mill after its completion in 1880, the structure housing Mill City Museum is a National Historic Landmark. Known as the Washburn A Mill, it was nearly destroyed by fire in 1991. After the City of Minneapolis, working through the Minneapolis Community Development Agency, cleaned up the rubble and fortified the mill's charred walls, the Minnesota Historical Society announced plans to construct a milling museum and education center within the ruins. Faced with the challenge of preserving the ruins of this historically significant site while building a modern museum, the Society turned to Thomas Meyer, principal of Minneapolis architectural firm Meyer, Scherer & Rockcastle, Ltd. Meyer developed a concept that melded the historic integrity of the mill structures with modern components. Construction on the museum began in March 2001. When possible, Meyer's design has left intact many features of the original mill, including flour bins, milling machinery, the engine house, rail corridor and a wheat house. He also has used limestone, brick, concrete and steel within the museum to emphasize its industrial origins. Among the new architectural features is an eight-story glass facade overlooking the Mississippi River. True-to-scale graphics of the milling machines are featured on the glass façade to give visitors an idea of how massive the milling operation was. The facade forms a reflective backdrop for the  courtyard a 100-by-100 foot outdoor area with weathered masonry walls, that was created by the 1991 fire. Ruins of the historic mill are showcased in the courtyard through significant excavation efforts.

If you're a fan of architecture or history, you will enjoy this place. I was lucky enough to visit the Mill City Museum after-hours for a private corporate event, & it was great! Luckily, the... Read more

Reviewed by
Tony U.

I gotta admit, wheat and making bread is utterly a boring concept to consider that would make one wonder: Why the hell have a museum about it? But I will say, the Mill City Museum in MSP is well... Read more

My boys and I visited the Mill City Museum in Minneapolis and this has been by far one of our all-time favorite museums.  This museum is in an old flour mill and it has displays that are... Read more