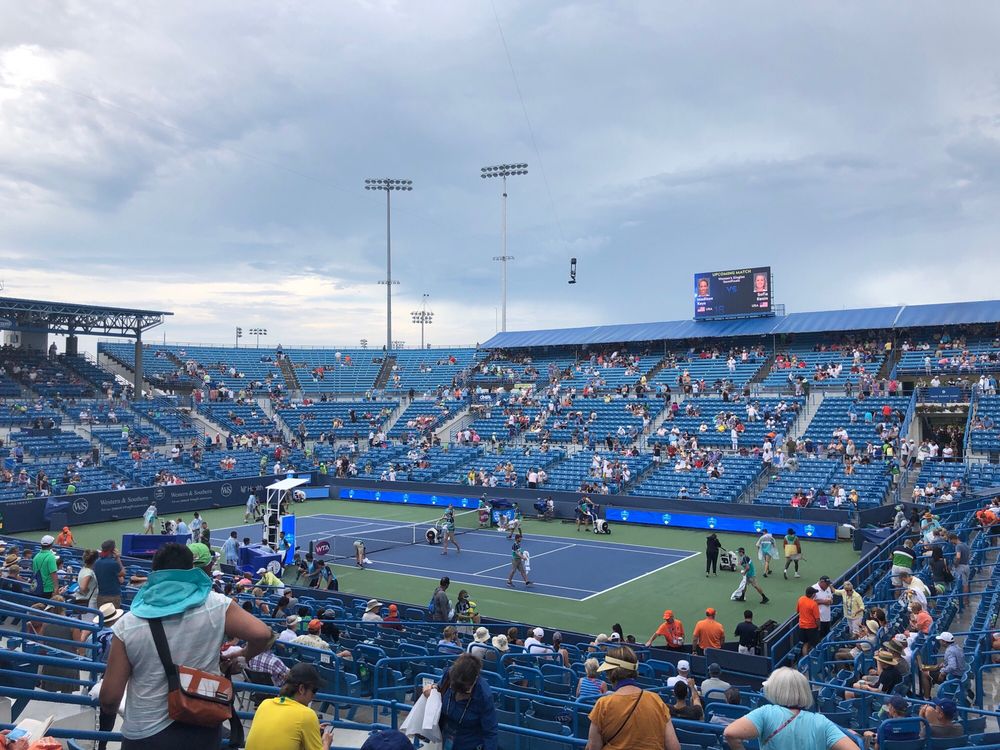 Aug 9 - Aug 17 2014 The Western & Southern Open is one of only five places on the globe, outside of the Grand Slams, to see the world's best men's and women's tennis players at the same venue during the same week. The fan experience is unprecedented. Fans can get closer to players during matches and practice than any other event in the world. The Western & Southern Open is the nation's oldest professional tennis tournament played in its city of origin. First played in 1899 on the site of current day Xavier University, the Open has been a fixture in the Queen City for more than a century. The champions list reads like a who's who of tennis greats, with more than 100 International Tennis Hall of Famers having played in Cincinnati over the years.

This was my first time attending this tournament. Upon arrival we had a bit of a walk from the parking lot to the arena. As soon as we walked in I was amazed by everything on the grounds. The... Read more

Visited on kids day for the 2019 Western and Southern Cincinnati open and this expansive and gorgeous facility was a great time for all of us. The kids had a great time getting to hit the ball... Read more

Reviewed by
Agnes I.

MASON, OHIO -- The Lindner Family Tennis Center, just outside of Cincinnati, is where the popular Western & Southern Open tennis tournament is held each year. This tournament is a Masters 1000... Read more