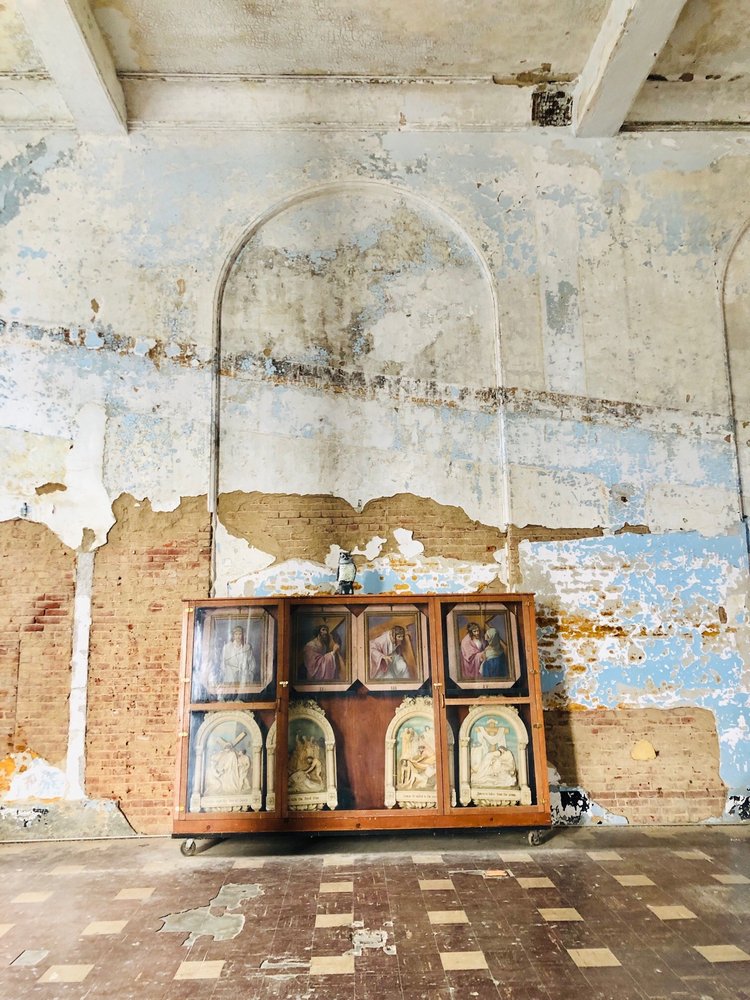 “As seen in The Shawshank Redemption”

The cornerstone laid on November 4, 1886 evolved into this magnificent Chateauesque structure. Cleveland architect Levi T. Scofield designed the Ohio State Reformatory using a combination of three architectural styles; Victorian Gothic, Richardsonian Romanesque and Queen Anne. This was done to encourage inmates back to a "rebirth" of their spiritual lives. The architecture itself inspired them to turn away from their sinful lifestyle, and toward repentance. This grand structure is comprised of more than 250,000 square feet and houses the world's largest free-standing steel cell block. The Reformatory doors were opened to its first 150 young offenders in September 1896. After housing over 155,000 men in its lifetime, the doors to the prison closed December 31, 1990. Today the Ohio State Reformatory Historic Site receives visitors from all over the world.  Every year tourists, movie buffs, thrill seekers and paranormal investigators walk through the halls of this majestic structure. Ghost Hunts are serious, yet informal attempts to document paranormal activity at the castle-like, former prison. Ghost Hunts provide an unusual, first-hand experience to search other realms. Ghost Hunts at OSR are the first of their kind in the United States. Witnesses have experienced shadow figures, slamming cell doors and yelling voices, and female witnesses claim to have been victims of physical attacks by the spirits who linger in this place. Public Hunt admission is $70 per person and includes access to the building from 8:00pm until 5:00am and a late dinner of pizza and soda.  Complimentary water, soda, coffee and hot chocolate available throughout the evening.  Gates open 7pm Check in between 7pm-8pm Guided tour of facility 8:30-9:30 Independent investigating 10pm-5am Must be 18 and over to participate *The building contains hazards including, but not limited to: steep steps, uneven surfaces, and lead-based paint.  It is not recommended for pregnant women. Sleeping during a hunt is prohibited.

We visited for two reasons: One, because Ohio State Reformatory is a famous landmark in the Mansfield area. And two: Because MrBeast once filmed one of his challenges here. Guess which reason... Read more

If you find yourself anywhere near Cleveland, The Ohio State Reformatory is a must see. Located in Mansfield roughly an hour and a half south of Cleveland. We were visiting friends who live in... Read more

"There must be a con like me in every prison in America." If you are a fan of The Shawshank Redemption then this is a must stop. "His judgement cometh and that right soon" Read more