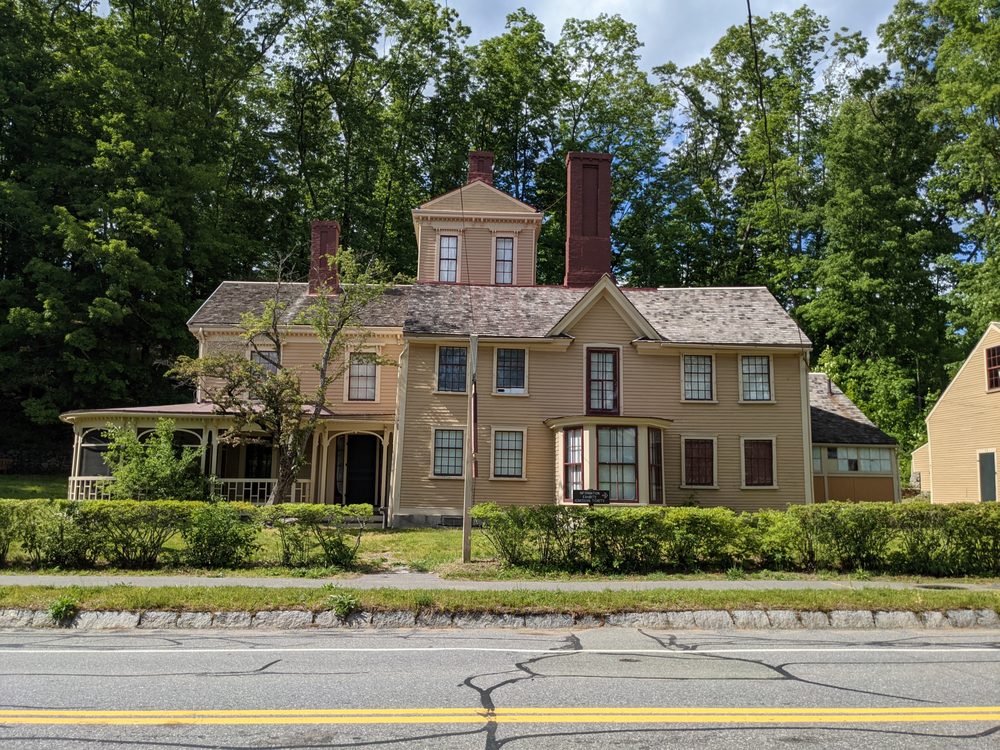 “A must for alcott fans!”

The Wayside in Concord, Massachusetts is a National Historic Landmark lived in by three American Literary figures: Louisa May Alcott, Margaret Sidney and Nathaniel Hawthorne. Hawthorne, author of The Scarlet Letter, The House of the Seven Gables, and the short story collections; Mosses from an Old Manse and Twice-Told Tales lived here from 1852 until 1870 and gave it the name by which it is still known. While The Wayside is best known as the only home Hawthorne ever owned and the place where he wrote his last works, it has also been the home of several noteworthy women. The Wayside, called "Hillside" by the Alcott family, was one the childhood homes of Louisa May Alcott, the author of the 1868 classic Little Women. Louisa lived here with her parents and three sisters from April 1845 to November 1848 during her early teenage years. The Wayside barn, which today serves as a Visitor Center and exhibit area, was used by the Alcott girls to stage the plays that were created when they lived at "Hillside"; including "Roderigo" from Little Women. The Wayside exhibit and tour make note of the many events that occurred at "Hillside" that are recalled in Little Women; as well as real life experiences that the Alcott family had here, such as their sheltering of a fugitive slave in early 1847. The Wayside, now part of Minute Man National Historical Park, also pays tribute to the lives of two women who are responsible for its preservation - Harriett Lothrop (Margaret Sidney) and her daughter, Margaret. The Wayside, which was originally built c.1700 as a typical two story, wood frame New England farmhouse, was purchased by Daniel Lothrop, Boston-based publisher of children's books and magazines, and his wife, Harriett, in 1883. Harriett Lothrop, who used the pen name, Margaret Sidney, wrote literature for children; most notably, "The Five Little Peppers" series. While some of the popular "Pepper" books are still in print, Margaret Sidney achieved her most enduring memorials as a preservationist. She is repsonsible for the preservation of the Grapevine Cottage (home of the man who developed the Concord Grape, Ephraim Wales Bull), the Tollman house in Concord's Monument Square, one of the oldest buildings in Concord and Orchard House, next door to The Wayside, where Louisa May Alcott set and wrote her classic, Little Women.

Long tour. Fascinating peek into the eccentric mind of the beloved Concordian author. If you are a literary buff, history buff or curious George... this is a mandatory stop on the road to discovery! Read more

In late May, The Wayside is still closed because of the pandemic. No tours available. But you can still stop by and look at the outside. The Wayside is a historic house in Concord, Massachusetts.... Read more

When in Concord, due to my admiration for Nathaniel Hawthorne, I try to at least stop by The Wayside. This trip, we made it on Memorial Day, the opening day of the 2018 season for tours of this... Read more