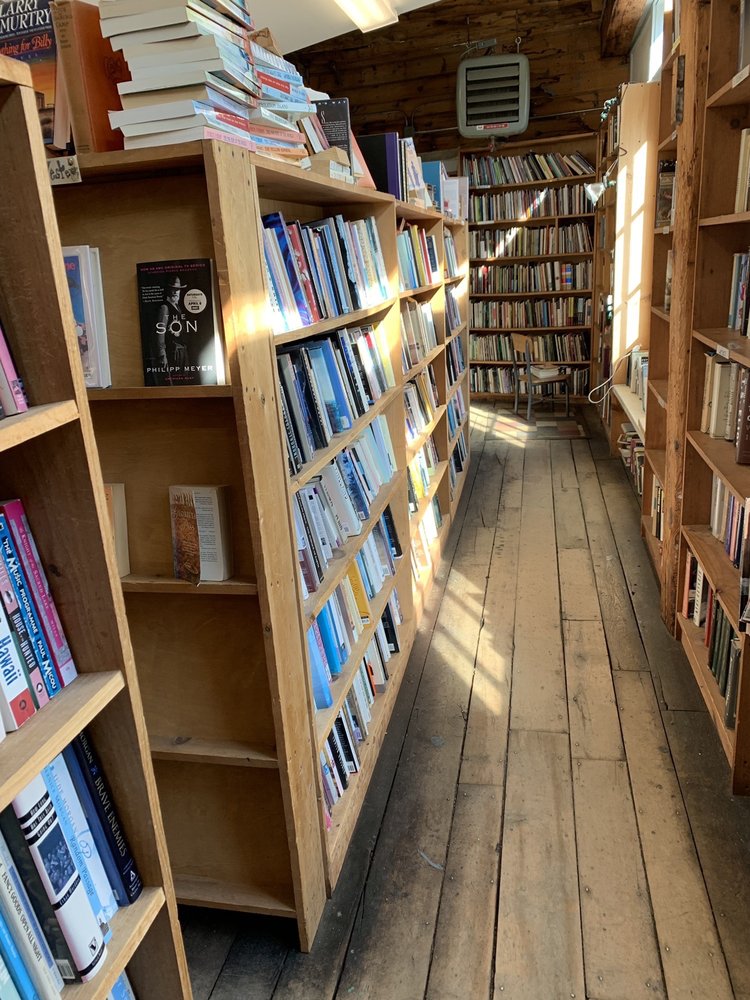 “Books you don't need in a place you can't find!”

The Montague Bookmill is a used bookstore housed in an 1842 gristmill, set on the banks of the Sawmill River, a few miles north of Northampton and Amherst, Massachusetts. The mill building is also home to a unique cafe, a gourmet restaurant, a record store selling vinyl, CD's and DVD's, and an artists' collective. The original building was built on the banks of the Sawmill River in 1832. Alvah Stone was the first proprietor and it became known as Stone's Gristmill. Other owners after Stone were L.H. Stone, S.S. Holton, Sylvester Bangs, W.H. Nims, and George M. Stratton. Families from Montague would come by horse and buggy to get grain. Whole grain came in from railroad cars and was brought down to the mill to be ground into flour. Grain was poured into the top of stone grinding wheels and the top stone moved, while the bottom one remained stationary. One of the old stones can be seen beside the lower parking lot. These stones were difficult to maintain, and it could take a week to hammer and chip out all the grooves. Later on, steel grinders were used as they were more compact and efficient. Jim Murphy had the original inspiration for the Bookmill, and together with Allen Ross purchased the mill in 1987. Renovations included the sandblasting of the mill's chestnut beams to remove peeling paint and machine oil. A deck was built overlooking the river on an existing concrete foundation. Macul Associates of Amherst helped with the redesign of the interior and the shelves were filled with books. David Lovelace and John Petrovato and took over the bookstore in 1992, starting a concert series and bringing in a cafe. The Montague Mill property changed hands again in 1999, but it is still locally owned. In 2007 Susan Shilliday became the new owner of the Bookmill.

When traveling in the area, I always stop at the bookmill! It's a wonderful, local bookstore (a repurposed mill, hence the name) specializing in used books. It's definitely a local favorite. Each... Read more

As a book-lover, I found the Book Mill disappointing after looking forward to visiting for a while. The actual selection of books seemed very neglected, as if nobody was curating the stacks. This... Read more

Reviewed by
Tricia B.

I saw this book store online at Atlas Obscura, a book store built in an old mill. Naturally I had to make a vacation around it. It is relatively isolated, with several shops and eateries in the... Read more