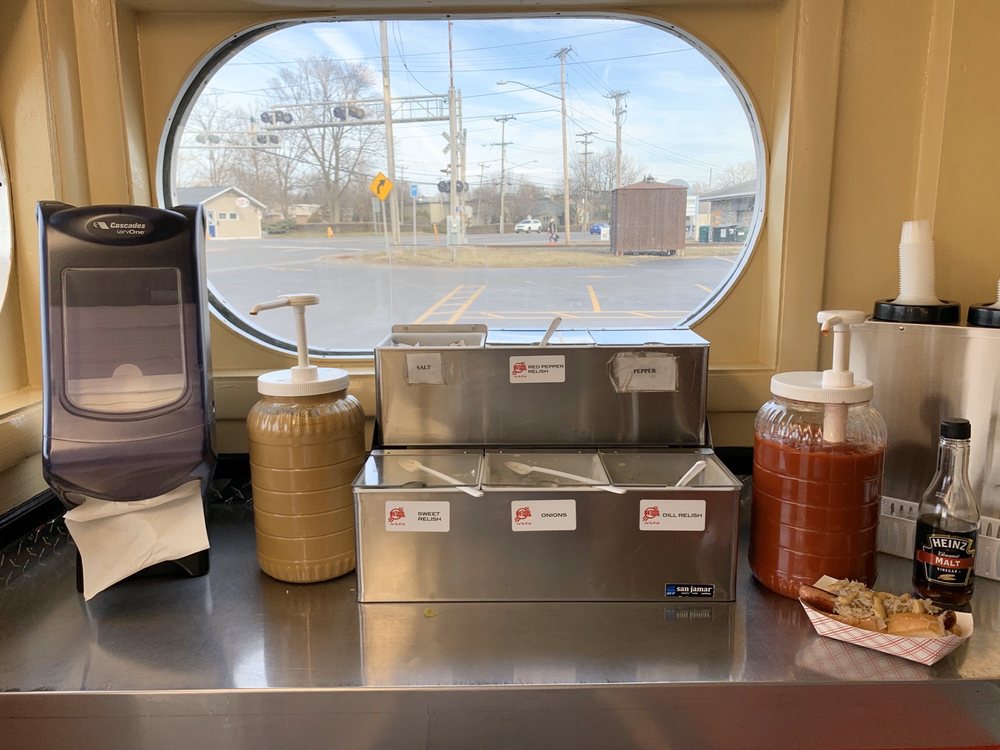 Heid’s is a Central New York landmark.  It’s been around since 1917…one of the oldest drive-ins, anywhere.   It’s a must-stop for old friends to gather from all over the world, and for all of our CNY friends. A Heid’s Hot Dog has a uniquely delectable flavor that only a Heid’s visitor can describe. Customers feel it’s the way they’re grilled; others are convinced it’s the formulation of the product itself that lends Heid’s hot dogs an aroma and taste that – despite the efforts of others – simply can’t be duplicated. Ask any of the thousands of tourists that stop at Heid’s while traveling through Syracuse on the nearby New York Thruway, high-school kids, Syracuse University students, and the general public. All who experience Heid’s– for over a century now, will tell you” there’s just nothing like the taste of a Heid’s hot dog.” Heid's was featured on Man vs. Food.

The most delicious frankfurter I've had since I was in Germany. Can't wait to return on our next cross-country sojourn. Read more

It's February, and a fine time to hunker down in front of the fireplace and tell yourself "March has 31 days, and that's no so bad...I guess". But wait! Much like the bald eagles returning to... Read more