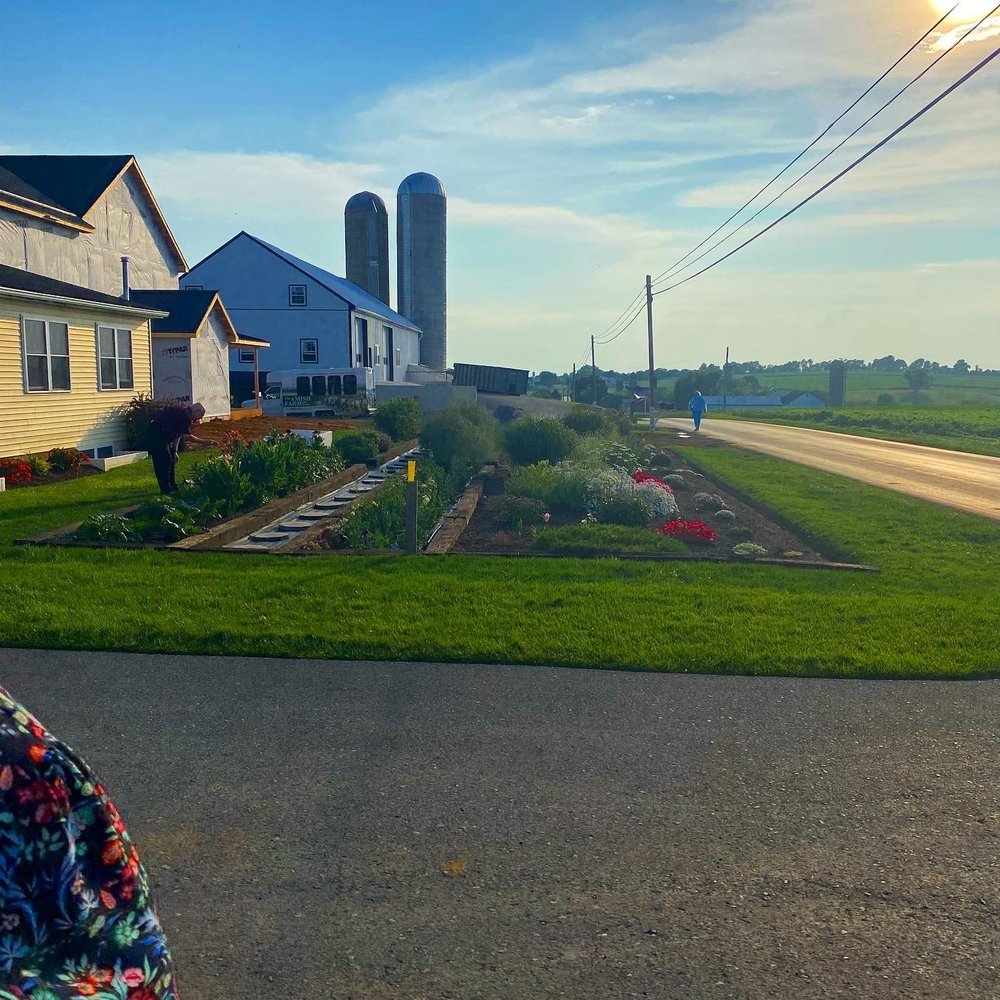 “a great time in amish country”

Situated on a property that dates back to the days of Pennsylvania's founder William Penn, our farm was given from Penn to colonial Governor John Evans in 1715. At the time, this area was part of Pennsylvania's undeveloped wilderness, which saw the first Europeans settle here less than 5 years before (c. 1710). When the Lancaster-Philadelphia Turnpike was built in 1792 (now the Lincoln Highway/Route 30), it brought major changes to this part of Lancaster County. The Lancaster-Philadelphia Turnpike, which passed directly in front of our farm, was the first paved road in the United States and therefore, the primary road between Lancaster and Philadelphia.  The new pavement proved itself successful as traffic increased and businesses began to sprout along its 62-mile path towards Philadelphia. Conestoga Wagons filled with cargo from Philadelphia and merchandise from Lancaster were familiar scenes. Business people and homeowners alike clamored to be located near the turnpike. It became quite desireable and fashionable to live along the first paved road. The original settlers' log structures and early homes, built with local timber, soon proved to be inadequate for the growing families or for the status the occupants desired. Those early homes were soon replaced with larger and much stronger stone buildings. Large stone houses and barns once were a common site in this part of Lancaster County. It is in this climate that Isaac and Mary Evans--descendents of the original Evans family--began constrution on the current farmhouse in 1805. Believed to have been built as a wedding gift, the limestone they used was quarried on the property. In 1803, construction was completed on the uniquely Pennsylvania German limestone bank barn. Through the next 150 years, the property changed hands, but all its residents--Quakers, Mennonites and Amish--operated this farm as a quintesential Pennsylvania German farm. They grew typical crops of this area and raised traditional farm animals, including a bull named Bobby (seen above c. 1920s). After nearly 7 generations as a home, the house would serve another purpose. It would serve as the first tourist attraction in Lancaster County and opened Lancaster County to the world!

We took a very short vacation to Lititz, PA last week and my husband researched some activities for us to do while in the Lancaster County area. He found this tour of Amish country, and I am so... Read more

Reviewed by
Allie A.

3,5 It didn't start off great, to be honest. We walked in to buy our tickets, and we were immediately asked if we had reservations. Nope, because we just wanted the house and farm tour, and the... Read more

Even though this Amish Farm is right next to a Target, once inside you get the feel of how it was long ago. Really great experience. Tour guide was awesome and answered a lot of questions. Just go! Read more

The Amish Farm and House