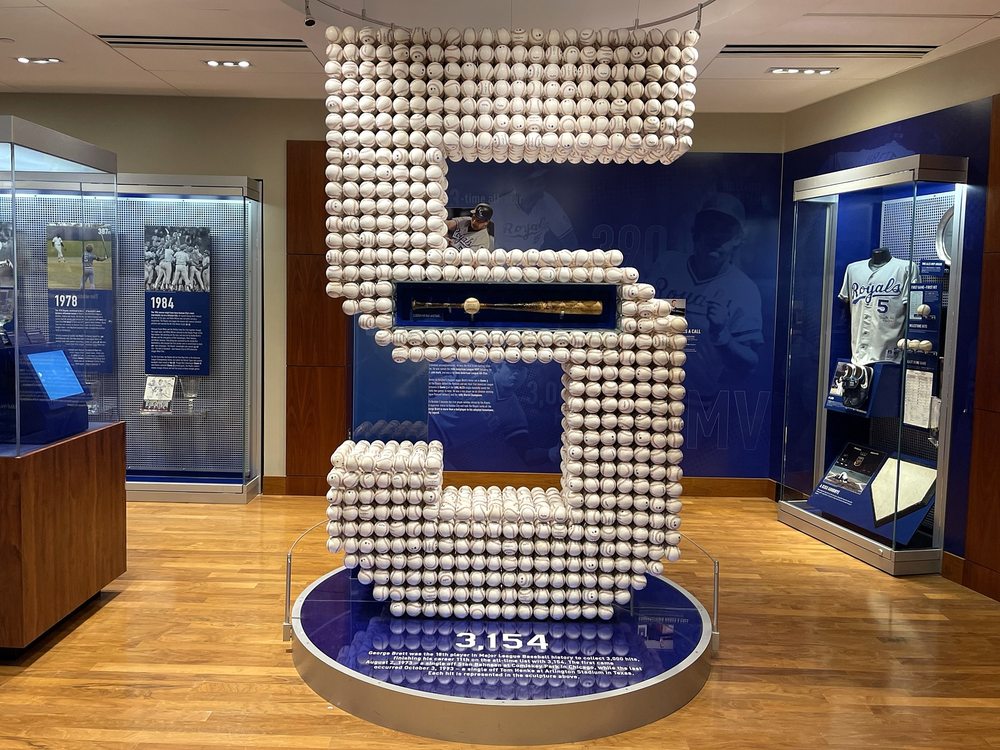 “Home of the Kansas City Royals”

The Kansas City Royals will celebrate their 40th season at Kauffman Stadium in 2012. Kauffman has always been one of the crown jewel ballparks of Major League Baseball. Having hosted 68,898,648 fans since 1973, "The K", with its signature look, has proudly stood the test of time. After years of planning and design, the Royals unveiled an exciting $250 million renovation of a true Kansas City landmark prior to the 2009 season. Visitors enjoy an improved Kauffman Stadium experience with unsurpassed amenities and state-of-the-art technology that will touch each and every fan entering the park. After debuting the spectacular 84' x 104' Crown Vision HD scoreboard for the 2008 season, the Royals put the finishing touches on one of the most majestic and visually exciting scoreboards in the world with a brand-new interactive crown rising about 40 feet above Crown Vision. Upon entering through the larger and grander entrances, fans have a chance to explore the stadium via a 360-degree expanded concourse while still keeping tabs on the action on the field. An increase in both concessions and restrooms limit the time spent away from your seats. The Outfield Experience provides the fans of Kansas City entertainment for all ages. In addition, the views of the field are spectacular and give fans several brand-new locations to take in a game. New in 2012 is the largest in-stadium solar array in MLB as part of an energy partnership with KCP&L. The 120 panels on the Outfield Experience canopy will provide approximately 36,000 kWh of renewable energy each year. The outfield overhaul now gives Royals fans a chance to sit and enjoy the game from a venue not previously offered. The Outfield Box seats in left-center field sit directly behind the outfield wall and in front of the world-famous fountains. Those seats hug the Miller Lite Fountain Bar, which is built on the old JumboTron base. In front of the fountains in left-center are the Sonic Slam seats. Right-center field offers a "standing room only" area between the outfield wall and the fountains, called the Pepsi Party Porch. This area has become among the most popular on hot summer days and nights since, at times, they are in the "splash zone" of the fountains. The left-field area is home to the 7,000-square foot Hall of Fame, which opened in July of 2009. The Hall of Fame features numerous exciting and interactive exhibits as well as Royals memorabilia that will delight Royals fans. Kauffman Stadium is also credited for the creation of the Kansas City-style hot dog. Inspired by the famous deli sandwich, the franks are topped with melted swiss, caraway seeds, sauerkraut, and plenty of Thousand Island dressing!

Kauffman Stadium is a beautiful place to enjoy a baseball game. The stadium is older, but well taken care of and they are always doing things to it in the off season. They have some great food... Read more

We had season tickets to the Royals a while back. Watching them charge more for everything but letting everything else go in the crapper has been difficult. Here is my most recent experience. We... Read more

FPO and I went to our very first Major League Baseball game and it was totally awesome! A few years back we went to a Chiefs game at Arrowhead, next door and I couldn't help comparing the... Read more