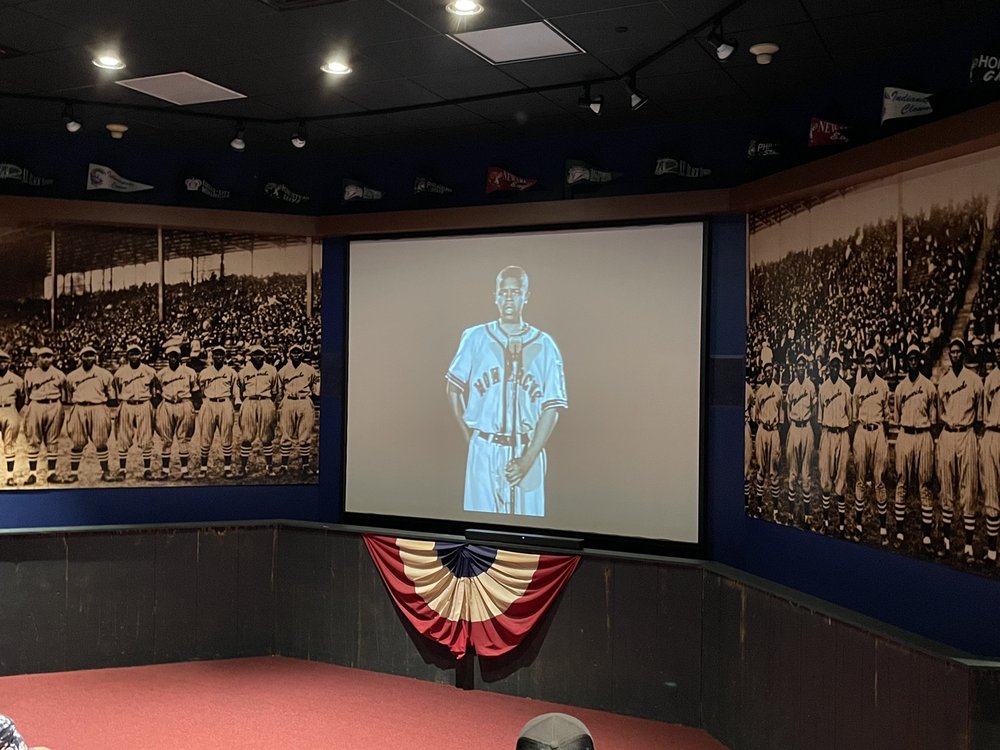 The Negro Leagues Baseball Museum was founded in 1990 in Kansas City, Missouri. Through the inspiration of Horace M. Peterson III (1945-1992), founder of the Black Archives of Mid-America, a group of local historians, business leaders, and former baseball players came together to create the Negro Leagues Baseball Museum in the early 1990s. It functioned out of a small, one room office in the Lincoln Building, which is located in the Historic 18th & Vine Jazz District of Kansas City, MO. It quickly incorporated, built a board of directors and staffing, and created a licensing program to support operations. In 1994, it expanded to a 2,000 square-foot space in the Lincoln Building, which include a number photographs and interactive displays. Designed by ESA Design of Abilene, KS, this exhibit became the flagship for redevelopment in the historic district. Several hundred visitors, including school groups and dignitaries, marveled at this once "untold American history."Highlights of our stay in the Lincoln Building included the 75th Anniversary Reunion of the Negro Leagues and a visit from Vice-President Al Gore.

This is Definitely a don't miss out on a fantastic Musuem! Perfect for all ages, Baseball fans, Sports Fanatics, History Buffs, and Civil Rights enthusiast! It's one of those Musuems where it... Read more

As a fan of baseball, and its history, I have been wanting to visit here since I heard about it a few years ago (been open about 10 years). Since I saw no plausible path forward in which I would... Read more

I missed this on my first trip to KC a few months ago, and had more time this time around so I walked the 30 minutes there and it was so good, I would've walked 1 hour for it! As a baseball and... Read more