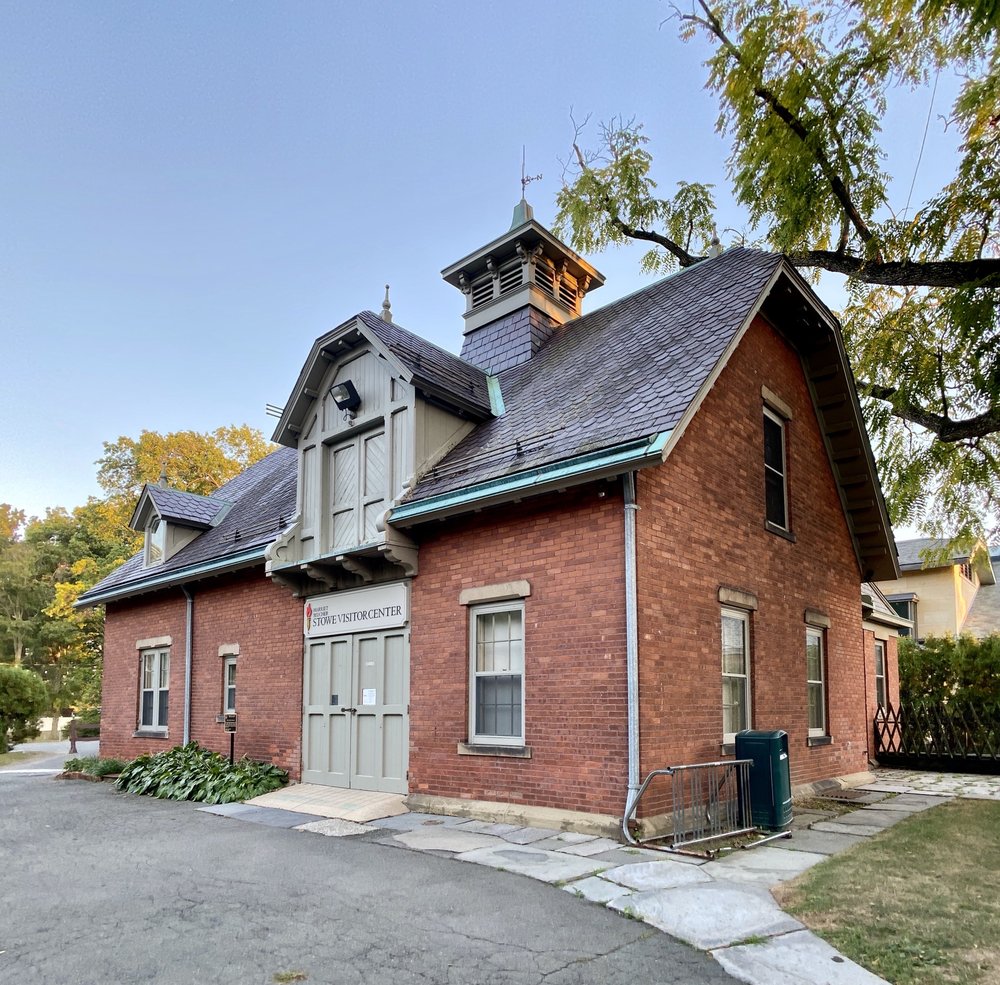 “Her story changed the world...”

"Harriet Beecher Stowe's presence in the 19th-century Hartford drew others to live in what was then the nation's preeminent literary community. Since 1968, visitors from all over the world come to Hartford to walk in the footsteps of the woman whose words changed the world. In 1852, Harriet Beecher Stowe change the world with Uncle Tom's Cabin, her ground-breaking and best-selling anti-slavery novel. Stowe recognized slavery's injustices and was compelled to speak out. As a woman of the 19th century, Stowe had no right to vote or no hold office, yet she gave public voice to her convictions, turned the tide of public opinion and became the most influential American woman of the 19th century. The Stowe Center's programs and activities are energized by Stowe's example. As a 21st-century museum and program center, the Stowe Center connects Stowe's issues to the contemporary face of race relations, class and gender issues, economic justice and education equity." Ghost Hunters location. (Season 6 Ep 3 March 2010)

This woman challenged us all both in her life time as well as even today. This home is an American landmark and to me should have plaque on the front, and I can't emplore you enough to visit. Our... Read more

It's right next to Mark Twain Museum & House. Our tour guide Rodrigo was very helpful and knowledgeable about Harriet Beecher Stowe's social background. You'll get a deep look into America's dark... Read more

Reviewed by
Ade B.

I've been to many historic home tours all over the country and none are quite like the tour of Harriet Beecher Stowe's home. The tour is not just about learning information and seeing historic... Read more