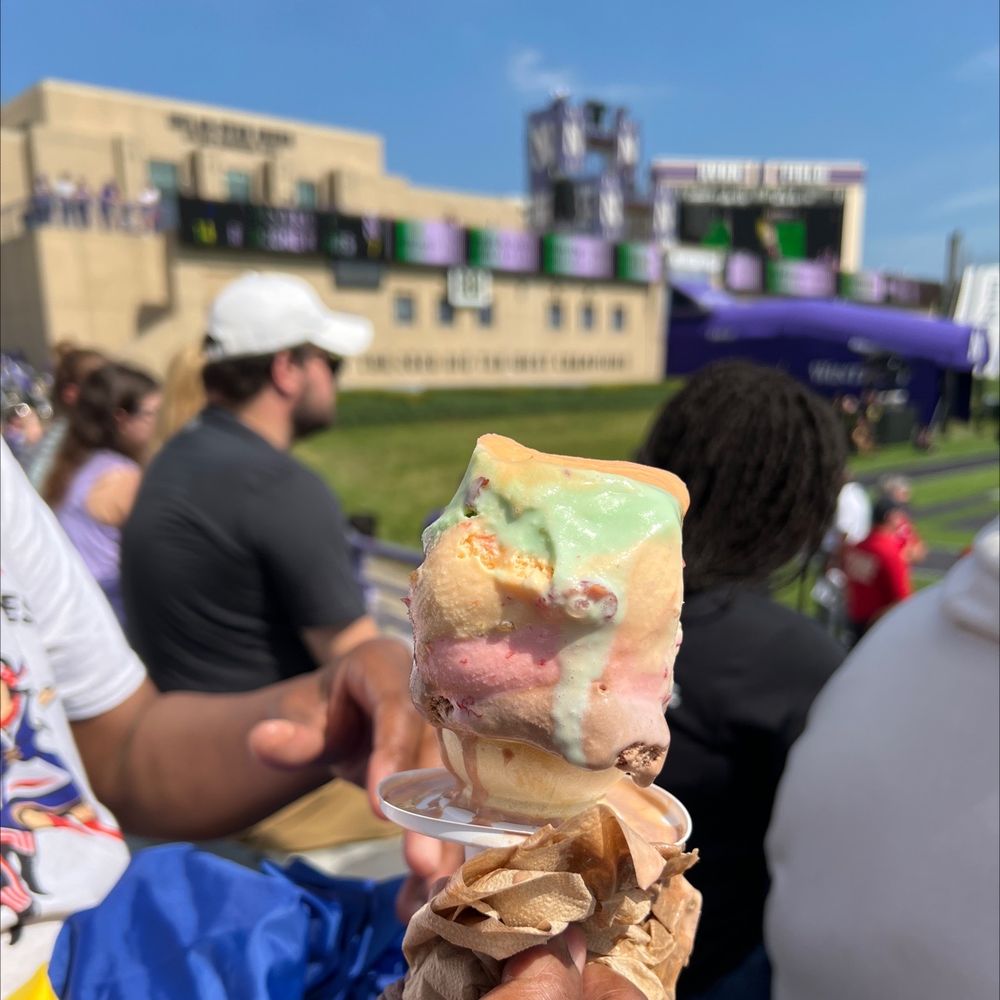 “Home of the Northwestern Wildcats”

Ryan Field is a stadium in Evanston, Illinois, United States. It is primarily used for American football, and is the home field of the Northwestern University Wildcats football team. The field opened in 1926 and holds 47,130 people. Prior to 1997, the stadium was named Dyche Stadium, for William Dyche, Class of 1882, former Evanston mayor and overseer of the building project. In 1997, the field was renamed Ryan Field in honor of the family of Patrick G. Ryan, who was then the chairman of Northwestern's board of trustees. The renaming was made by the other members of the board in recognition of the Ryan family's leadership and numerous contributions to Northwestern, including the lead gift to the Campaign for Athletic Excellence, Northwestern's fundraising drive for athletic facilities. Parts of The Express, a 2008 film about Syracuse University Heisman Trophy winner Ernie Davis starring Rob Brown as Davis, and Dennis Quaid as Davis' Syracuse coach, Ben Schwartzwalder, were filmed at Ryan Field. Parts of Four Friends, a 1981 film directed by Arthur Penn, were filmed at Ryan Field.

I was pretty excited to go to Ryan Field this season! It's always fun to checkout other Big Ten campuses. I was so surprised that the stadium was mostly empty at a night game against a ranked... Read more

Reviewed by
Tim A.

Great ambiance and great place to see a game. They have the WORLDS BEST STADIUM STAFF. I lost my car keys shortly after arriving to the game on the concourse near the concession area. Every staff... Read more