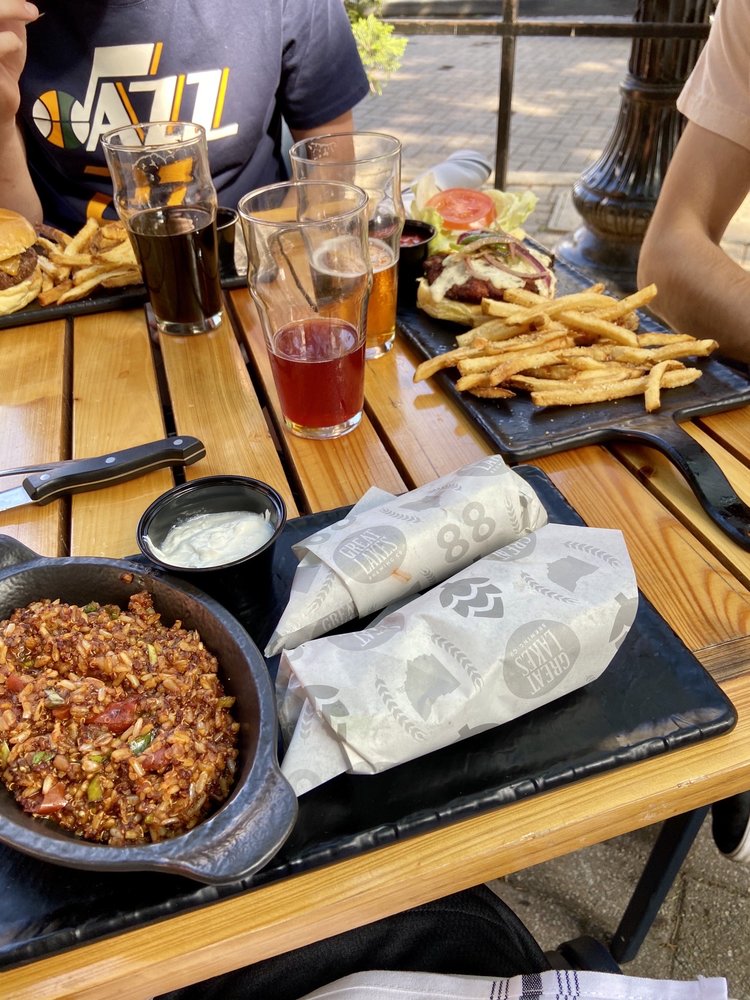 “A New Era in Cleveland brewing”

In the 1870s, Cleveland had 30 breweries. By the early 1980s, the last one had shuttered its doors. So when brothers Patrick and Daniel Conway opened Great Lakes Brewing Company on September 6, 1988, it not only signaled a new era in Cleveland brewing, it was also the first microbrewery in the state of Ohio. And the idea of a craft brewery in Cleveland caught on fast, as curious patrons hurried in for a pint crafted in the styles of old and drawn from the taps of the beautiful Victorian era bar. The company’s commitment to sustainable business practices greatly contributed to its early popularity and success. Before long, Great Lakes Brewing Company had become one of Cleveland’s most popular destinations for both dining and a fun night out.

Reviewed by
Matt B.

Great for beer, decent for food -- my rating is for the vegan dinner I got. I know they've been around forever, and I'm enjoyed their beers for years from people who've sent me their stuff.... Read more

Was here for a work event. Went on a brewery tour and then an early dinner. First, I love beer. I also love dark beers. The Blackout Stout 9.9% was on tap and I had one. Fantastic. Love that... Read more