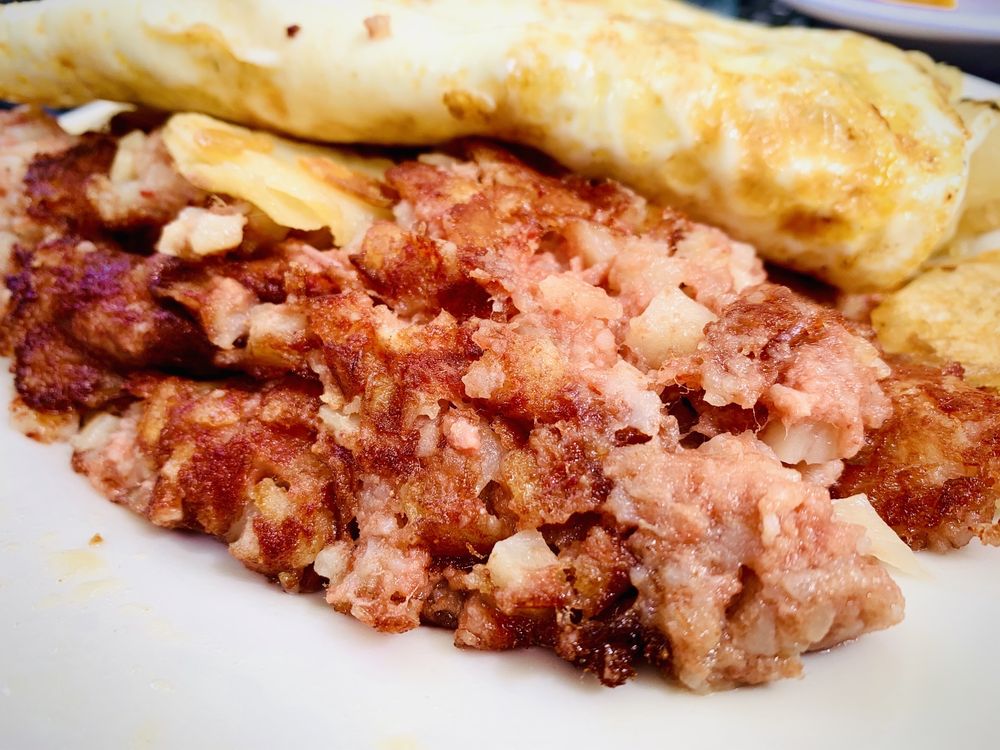 “a Chicago Institution since 1923”

Lou Mitchell's, also known as Lou Mitchell's Restaurant, is a Chicago diner located at 565 W. Jackson Boulevard. It is a popular restaurant for commuters, as it is located near Union Station. It is also located near the start of U.S. Route 66 and was frequented by many people on the start of their journey along the road, earning it the nickname "the first stop on the Mother Road." Founded in 1923, Lou Mitchell's is known for handing out fresh donut holes to people waiting in line, boxes of Milk Duds to children, an orange slice and prune for breakfast, and a small cup of ice cream with each meal. Their egg dishes are made using double yolk eggs, which they claim makes the eggs larger and fluffier. Lou Mitchell's is currently owned by Heleen Thanas. She appeared as the guest judge for the Quickfire Challenge of Episode 11 of Top Chef (season 4), which involved working at "the hull", or egg station, at the restaurant for twenty minutes.

When I think of my perfect breakfast place - this one checks all the boxes. Diner feeling - older decor, open kitchen, counter seating as well as booths on the wall and side by side seating... Read more

Good local breakfast, been open for over 100 years. Great staff and good food. Very large plates so you definitely get the bang for your buck. Usually very busy and hard to get in but recommend... Read more

I've always wanted to try the legendary Lou Mitchell's and finally had my chance . My fiancé and I took family visiting for the weekend - overall we were happy we stopped in! We arrived around 9... Read more