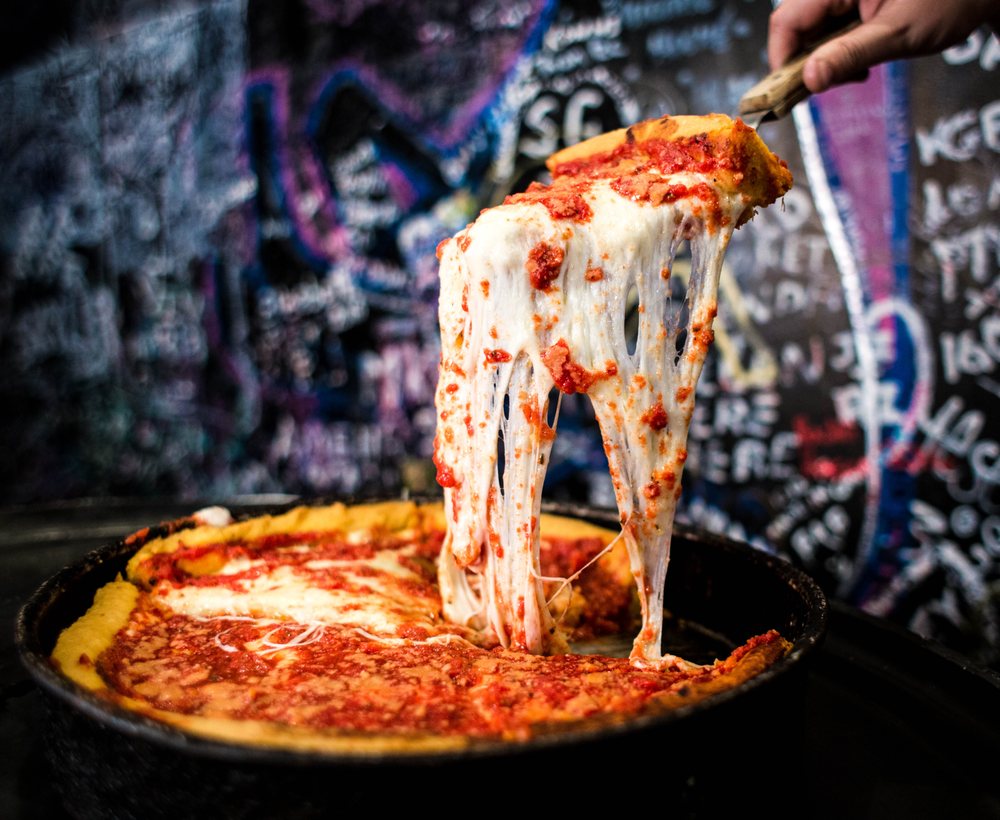 Established in 1966, Gino's began its deep dish adventure with customers so attached to its atmosphere they began scribbling their names on the wall to remember their visit. Gino's is most famous for its patty style sausage and flaky buttery crust. Family friendly with a casual interior Gino's can fill most appetites with it's large array of menu items! Gino's also has Delivery and carry-out. So stop on by today for a true Chicago experience!! Featured on United States of Bacon! Featured on United States of Bacon, Best Thing I Ever Ate, Crave, and Man vs. Food!

My husband and I really wanted Gino's and thought this was a nice bonus to attend a show while enjoying a meal, unfortunately I was wrong. I called prior to the show to confirm we did not need to... Read more

Solid C+ pizza. We like our chicago style and wanted something fast. This was ONE of those two things. Prepare to wait and ask for the same thing twice or so. Come with patience and it's A-ok. Read more

The service here is SLOW. That's waht you have to expect. I am going to start with that. However... We got the appetizer plate which was all good. Between my husband and I we got the smallest... Read more