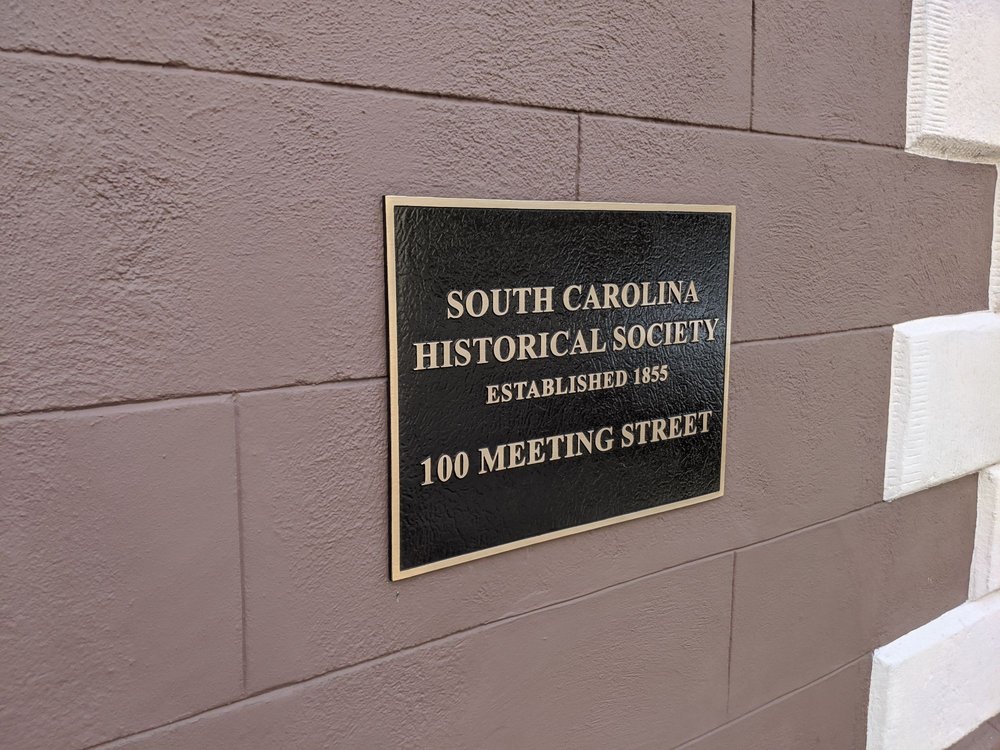 “One of the nation's most fireproof buildings!”

The South Carolina Historical Society is housed in the historic Fireproof Building, located at 100 Meeting Street in Charleston, South Carolina. Native South Carolinian Robert Mills was the first professionally trained architect born in America, federal architect under President Andrew Jackson, and designer of many important buildings in Washington, D.C., including the Washington Monument. Mills designed the Fireproof Building in 1822 as a state office building with secure storage for local public records; it is the first fireproof structure in the nation built specifically to protect documents. The building is in the Palladian style with Doric porticoes facing north and south. Inside is a three-story, oval stairhall lit by a cupola with cantilevered stone stairs. The Fireproof Building was named a National Historic Landmark in 1973. Major renovations to the interior and exterior of the structure were completed in 2002.

I really liked visiting the South Carolina Historical Society and all of the history and education on display. It is great to have so much history to learn about and the museum has a great number... Read more

I was so excited when I came back home to Charleston for a visit and discovered that there was a brand new museum opened by the SC Historical Society that I haven't had a chance to visit... Read more

This little building tucked away on Meeting Street is a repository of historical artifacts and knowledgeable historians. You'll find a great and well-stocked bookstore - both for the researcher... Read more