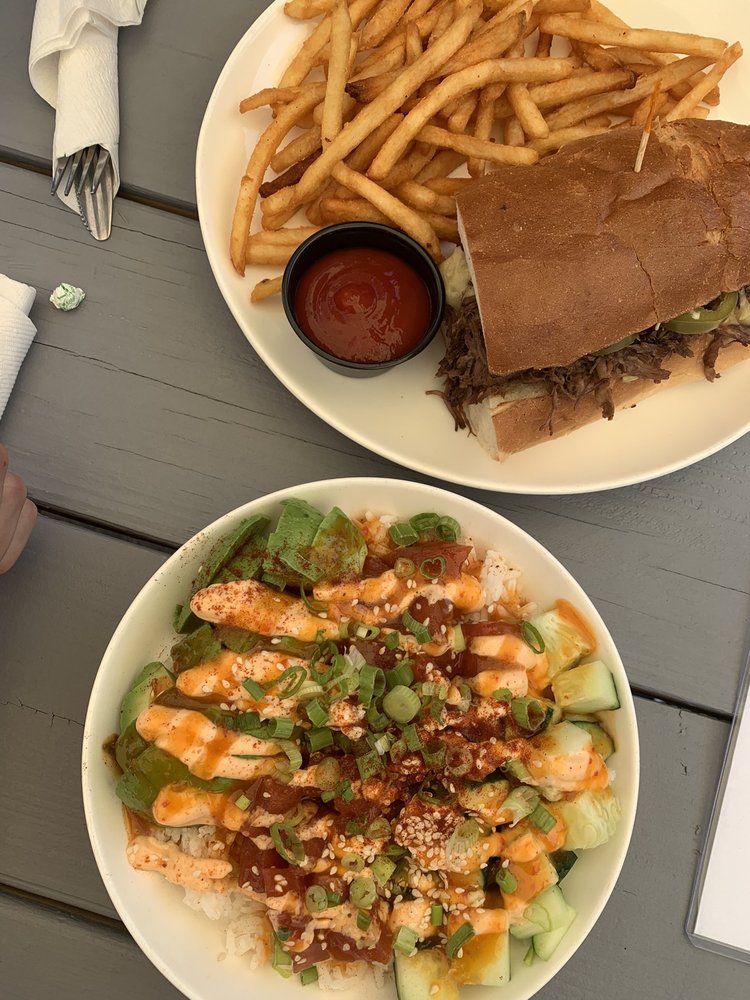 “A different kind of cafe”

Lost Dog Café opened in an old garage on Main Street in Binghamton on October 24, 1994. It was named after Liz's wayward 2 ½ lb. Chihuahua Clarese who had gotten lost on some of Liz's visits to Binghamton. Clarese always turned up even if each disappearance lasted for weeks at a time, which we decided was a good omen. Our goal was to create a comfortable, unassuming place where people could hang out, eat good food and drink great coffee. On opening night there were over 200 people sitting at tables, on the floor, on couches...some of whom had gotten word that we opened from an interview on WHRW at Binghamton University, others who had naturally gravitated towards the hub of light and activity. We'll never forget the endless cappuccinos we made that evening while Patti Smith's "Gloria" blasted in the background. We, with the help of our friends, family (including Marie's children Carson then age 6 and Farrell, age 4) and staff (who were really more like friends) managed to create a place that was special. It was more than food, more than coffee, more than music...it was a great place, and it was our own.

Came to binghamton to celebrate Christmas and a birthday. This was a birthday lunch and we had some really good food. On Saturday and Sunday they serve their brunch menu and even though menu is... Read more

Their Rigatoni A La Vodka dish is one of the best I have had. Also, Salmon is extremely good. Great atmosphere and service. Also had nachos with Spinach tip as App which was also good.... Read more

I've been there 3 times now and it was amazing! The food has been consistently delicious and the ambiance is welcoming. Only once did I have to wait, but it was absolutely worth it. The staff is... Read more