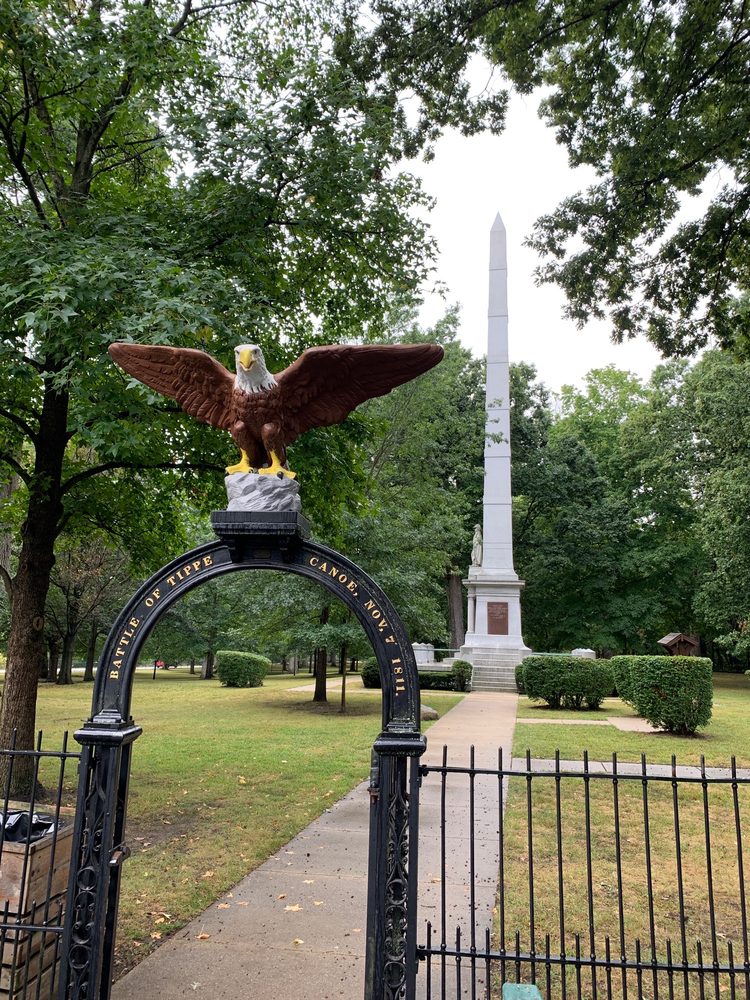 It seems hard to believe that a wooded area seven miles north of Lafayette, Indiana, played such a major role in American history. Yet it was on this spot the Native Americans lost their grip on the fertile Midwestern lands they had roamed for thousands of years. It was also on this spot some years later that a gathering took place that helped launch the modern political campaign. That wooded area is the Tippecanoe Battlefield, a National Historic Landmark that attracts tens of thousands of visitors annually to northern Tippecanoe County. Explore the site of The Battle of Tippecanoe.  Explore the grounds where the conflict occurred.  Visit vivid museum displays and discover the history of a time when two Shawnee brothers, Tecumseh and The Prophet, had a dream of uniting many tribes into an organized defense against the white settlers.  Walk the battle ground where Native Americans and settlers clashed and a conflict of cultures was resolved.

The Tippecanoe Battleground Memorial is a 96 acre park in Tippecanoe County, Indiana. The memorial park is situated on what was the campground of US Army troops under General William Henry... Read more

Reviewed by
Annette B.

The actual battlefield site and monument here are phenomenal. It's so special to be able to take in a site where history happened and certainly haunting to see gravestones where various soldiers... Read more

We've driven by this location many, many times and always wondered about it but never took the time. We were going to pick up our grandkids and meet part way since we live so far away, we decided... Read more