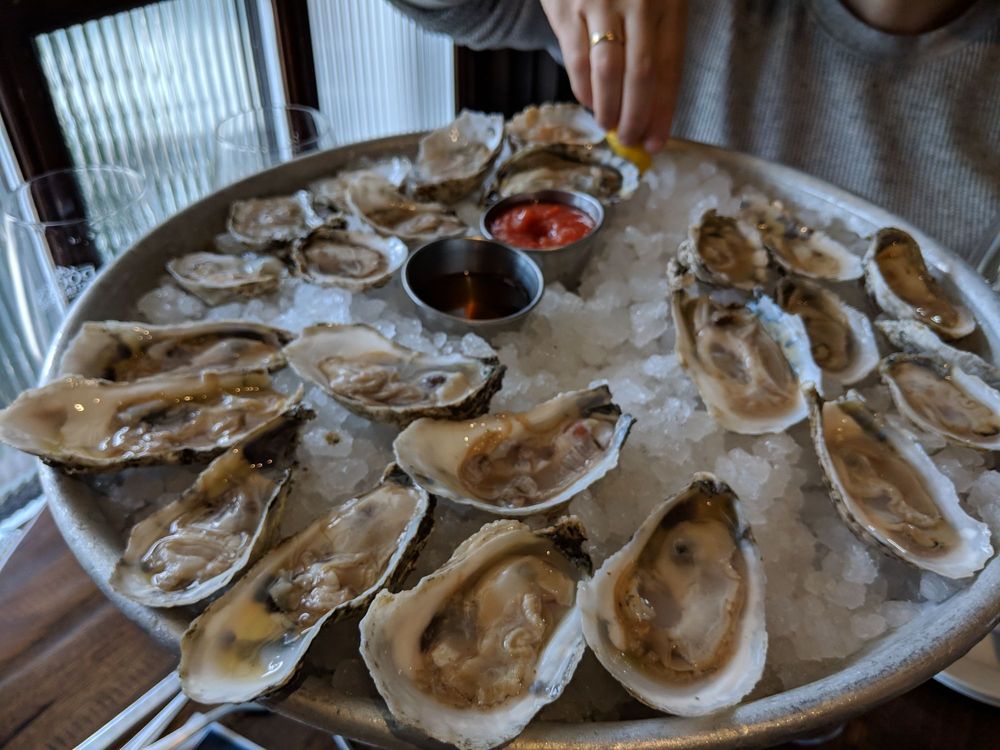 In 1897, Harry "call me Dock" Dougherty opened Dock's Oyster House with 60 seats and very high standards. Harry's vision of a fine restaurant which served the best seafood and steaks available in a warm, friendly environment has been carried on by three generations of Doughertys who share his commitment to quality and service. That commitment has sustained Dock's through two World Wars, the Great Depression, and the decline and rebirth of Atlantic City, and has established the family owned restaurant as a local institution. In 1997, the Dougherty family, loyal Dock's customers and the entire community celebrated the centennial anniversary of Dock's Oyster House. Even after several refurbishments and four generations of leadership, Dock's still retains the charm for which it has always been known. The Dougherty family's standards for excellent seafood and steaks and impeccable service are just as high today as they were when Harry Dougherty first opened the doors to Dock's Oyster House in 1897. Dock's Oyster House is centrally located in 2405 Atlantic Avenue, within walking distance from the world-famous Boardwalk and the Atlantic City Convention Center. Free parking is available next door to the restaurant.

We are here on our last trip to Atlantic City. We had the seafood tower appetizer. It was fantastic. Everything was prepared to perfection. We were there around Labor Day so they still had... Read more

This is by far the BEST happy hour spot in AC and...I'd like to say all of New Jersey. Happy hour runs from 4-6pm. Pro tip #1) arrive around 3:30 when the line starts to form We were rookies the... Read more

Excellent food. We had seafood sampler, and it was amazing. I also had grits with shrimp, and it was the best grits and shrimp I had in a long time. Service was nice. We sat at the bar. The place... Read more