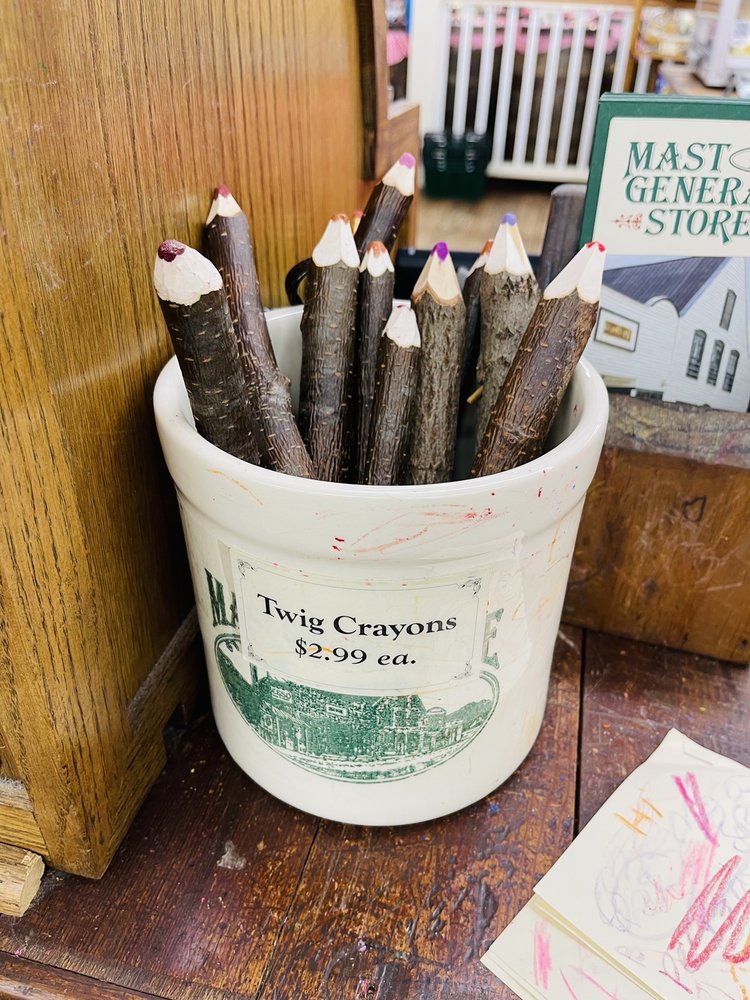 The Mast General Store was built, at least the first of its many rooms, in 1882 by Henry Taylor and opened in 1883. Henry had run a much smaller store across the road for many years previous to the building of the new structure. In 1897 half interest in the store was sold to W. W. Mast, a member of a pioneer family that settled in the valley. The store was known as the Taylor and Mast General Store up until 1913 when the remaining half of the enterprise was purchased by W. W. For the next 60 years, the store was owned and managed by the Mast Family. During that time, W. W. and his family tried to carry all of the items their neighbors might need - from plows to cloth and "Cradles to Caskets," which led to the popular saying, "If you can't buy it here, you don't need it."

Reviewed by
John B.

I'm surprised I missed this place in numerous Asheville trips; though half of it is underground. It is a variety store with apparel and shoes suited to the mountains, plus food items including... Read more

This location seemed smaller than the location closer to me in downtown Winston-Salem. We love Mast stores and have never gone in with not buying anything. The visit this time was a good visit... Read more

Friendly employees. I was asked by several people if I needed help which is something we don't see often enough. Lots of country stuff here and a wide assortment of older candies by the pound... Read more