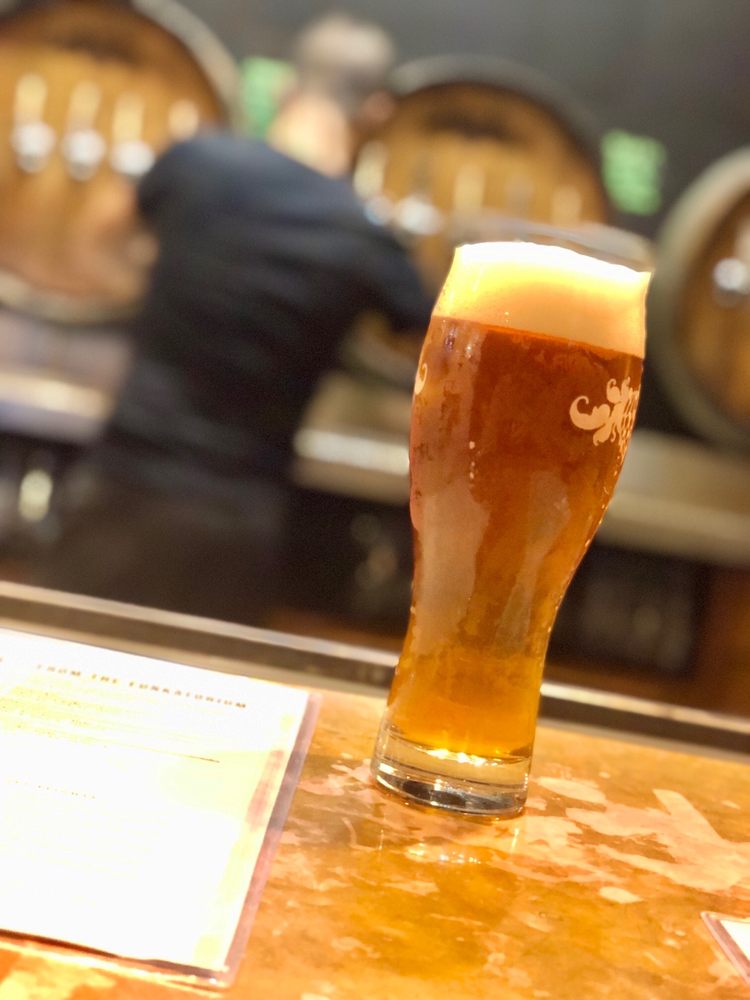 Founded December 2012, Wicked Weed Brewing is a brewpub which specializes in west coast style hoppy ales, open fermented belgian beers and barrel ages sours. King Henry VIII declared hops “A wicked and pernicious weed” destined to ruin beer. Independent brewers were driven by their rebel integrity to defy the king, embrace the hop and create beer for the untamed palate. Today, rebel integrity drives our defiant beer.At Wicked Weed Brewing we craft big-flavor, hop-forward beers that push our creative boundaries. We believe in the wildness of beer, its’ nonconformist attitude, its’ ability to resist being tamed. To those who do not conform and will not be tamed, we raise a pint to you and ask that you join the rebellion. Cheers!

Even bigger than I thought, thanks to a lower beer garden! A large group of us rolled in after a late soccer game. We wanted beer, food, and a good time. I had only ever been to the associated... Read more

Let me start by saying the ambiance and vibes of this place is unmatched! The bar area downstairs and the covered patio are super dog-friendly and cool. We'd come here just to watch a game and... Read more

Don't be disappointed, but there is no weed in this establishment. What they do have is lots of tasty craft beer and food... two out of three ain't bad! Being this is my first visit to Asheville... Read more