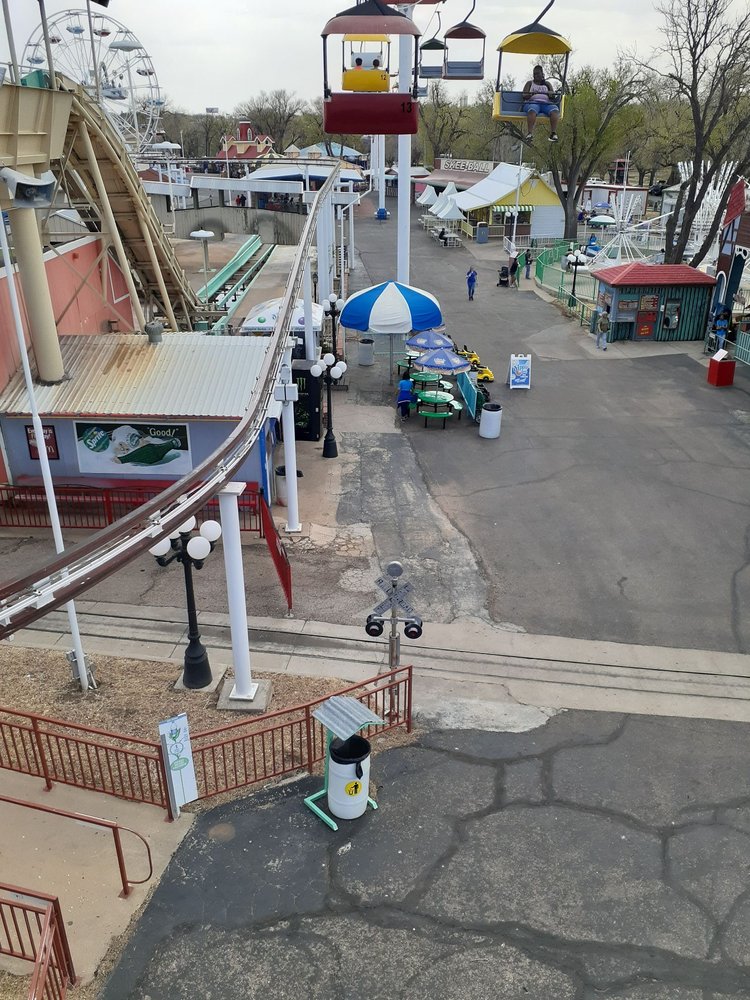 60 year old amusement park in Amarillo. Sixty years ago, Paul Roads had a dream. If he built an amusement park, the children would come. But his main problem was where to build it? His vision took him not to a cornfield, but to an ugly, barren hill. In their search for the perfect site, Paul and his wife, Alethea, traveled from San Angelo to a bleak stretch of land in Amarillo’s Thompson Park. Today the third generation carries on the family legacy at Wonderland Park. Paul and Paula’s eldest daughter, Rebecca Parker, made the park her career in 1995. A CPA with an MBA, Rebecca is the park’s Controller. Rebecca said, ”I can’t imagine working anywhere else. The park is part of our family and is in our blood. As kids, my three sisters and I, always were the testers of anything our parents and grandparents wanted to add to the park. Whether it was a new ride, a new hot dog, a new game, whatever, we were there and ready to try it out. Also, all our family vacations took us out of school, as they had to take place in the off season. Those vacations were to many interesting places around the United States as they had to be educational and include visits to other parks and park conventions.”

Yet another disappointment. We had supported the school and bought some tickets for the summer. We had to force ourselves to go just so we wouldn't waste the tickets, wonderland did that waste... Read more

Oh, brother. I visited Wonderland on and off throughout my entire childhood and have the most amazing memories from there. I hadn't been back in 10 years, and am sad to say it's dilapidated and an... Read more

During our one day stop in Armarillo, we were looking for things to do. Found Wonderland online to help make time pass by. It's not your typical amusement park, but an okay one that has games,... Read more