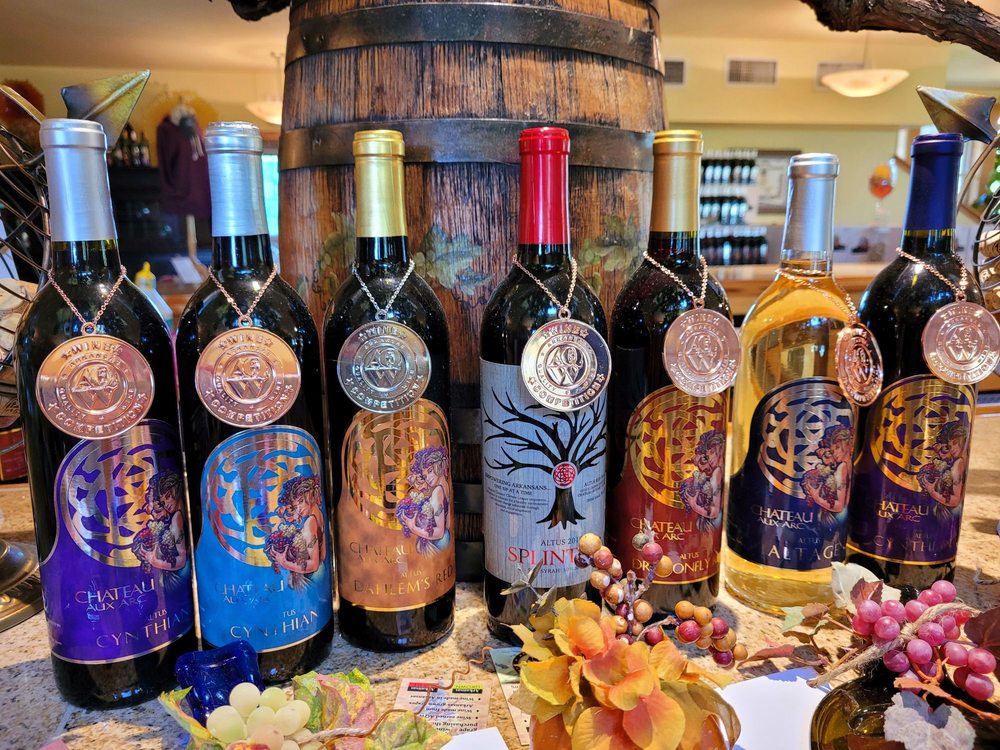 “Park the RV and enjoy some fine wine”

Born August 1976, Audrey lived just west of Oklahoma City in the community of Yukon, Oklahoma, until 1989 when she moved to Little Rock, Arkansas, to attend high school at Pulaski Academy, graduating in 1994. From there she moved to Norman, Oklahoma, to study psychology at the University of Oklahoma. During that time, she had a part-time job at the Greenhouse Nursery in Norman from 1995-97.  Although she has no formal training in viticulture, Audrey has always loved plants, the nursery sparked that interest even more. In February 1998, Audrey bought 20 acres of land in Altus, Arkansas, from Al Wiederkehr. The land included 10 acres of Arkansas' first ever  Chardonnay vineyard-planted in 1982-which hadn't been pruned or harvested for quite some time. That, however, was soon to change! That first season Audrey corralled several of her friends to live part-time in tents in order to nurture her Chardonnay vineyard back into shape. Over the course of the next year, she divided her time between working her existing vineyard, planting new grape varieties, and building a house and the vineyard's original winery. By February 1999, Audrey had become a resident of Altus and Dragonfly Ranch, named for the more than 30 varieties of dragonflies found on her new estate. During those early days, Audrey began selling her harvest to area wineries-a practice she continues to this day. In September 2005 building was complete on her 5400sq ft tasting room with gift shop: A European-style building, accented by stacked rock columns, fit to be called by the name Chateau. A dry moat, stone walkways, and flowerbeds galore surround the impressive structure set on the edge of Dragonfly Ranch's manicured vineyards. Picnic tables scattered throughout the grounds complement the experience, beckoning visitors to soak in the atmosphere.

We came as a large group of 11. I wish that we had had service from the dark haired lady. She was fun. The blonde lady was so rude. I'll leave it there. Most of us purchased a bottle. We did... Read more

Stopped here on my way from Fayetteville to Little Rock. What a nice surprise! I got a whole education on wine in the region, the state grape (Cynthiana, such a beautiful name) and very friendly... Read more

For me this was the first in the line of wineries. Rustic setting, but with enjoyable tasting room. Individual who served me was willing and able to discuss her wines and also the area. Take... Read more