Of course when you're going on an awesome vacation you're gonna want to get as much of it recorded as possible (to show everyone how much fun you had without them). But, instead of just thowing a cheesy Instagram filter on the footage, Mike Ruocco, a filmmaker, decided to go all out and record his epic 10,000 mile road trip on a vintage Super 8 camera. According to Cult of Mac, he used "a 45-year-old Canon Auto Zoom 814 with a broken light meter and two cans of Super 8 film."

Ruocco, his wife, her sister and their dog Riley traveled across 20 states, spent time at nine national parks and then spent a week in the Adirondack Mountains, filming it all along the way.

The video shows the group exploring Badlands National Park, watching Old Faithful blow its top at Yellowstone National Park, canoeing and fishing at a peaceful lake, and driving through some of America's most scenic landscape. It's easy to believe that you're taking a peek into someone's old home movies and memories from days past, and it definitely captures that old-school road trip charm the way only a vintage camera can. 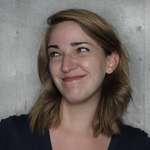