Every year the Magic Kingdom Park in Walt Disney World welcomes over 17 million visitors from all over the world. But, what goes on behind Cinderella's closed doors... Here we reveal the best-kept secrets of the Magic Kingdom.

18. That time Disney needed an Act of Congress... When Walt Disney wanted to install the Great Seal of the United States in the Hall of Presidents it took an act of Congress to approve it. The only three seals are in the Oval Office itself, in the hall where the Liberty Bell is held, and in Disney World's Hall of Presidents.

16. Smellitizers. There are "Smellitizers" throughout the park that emit various smells to accompany the experience. For instance at the Haunted Mansion, there's a musty smell, salty sea air at the Pirates of the Caribbean ride, and on Main Street you'll smell baked goods and vanilla scents.

15. The ashes of dead people are allegedly scattered throughout the park. Yup, it's been reported that people spread ashes of actual deceased loved ones at the Haunted Mansion, and from rides throughout the park, even though this practice is discouraged by Disney World.

14. Find a paintbrush get a free FastPass! Unfortunately, this practice hasn't been continued, but castmembers used to hide paintbrushes all over Tom Sawyer Island. If you found one and returned it to the raft driver you'd get a free FastPass for Splash Mountain or Big Thunder Mountain Railroad, that you could use all day long. Let's bring this one back!

12. Walt Disney hated trash. So, there are trash cans every 30 feet. Everywhere. When Walt Disney was researching other theme parks he counted how many steps a person would take to find a trash can before just tossing their garbage on the ground, and 30 was the lucky number. Trash is also shot 60 mph through tons of small pneumatic pipes all over the Magic Kingdom. This is where it's sorted and recycled. That's why it looks so pretty and clean all the time. Also, there's no gum sold anywhere in Walt Disney World. Below is a video for Push, the talking trash can. Unfortunately Push has been discontinued but there are rumors of bringing him back.

11. The best view of Tinkerbell lighting up Cinderella's Castle is at the Plaza restaurant. Look for the wire that Tink will fly down and sit below it and you'll get an amazing view. However, if you don't feel like watching Tink light up the castle. I recommend setting up camp behind the castle for the firework show. Less crowds, but still a fabulous sight. Though some people have pointed out there's sometimes debris from the fireworks. I've watched the show from behind the castle, and it's still a great experience. For a truly memorable evening, reserve a seat at Cinderella's Royal Table for dinner. (BONUS: You may even see someone propose. It's one of the most popular places in the park to pop the question to that special someone.)

9. There are loads of hidden Mickeys all over the park. They're hidden in cement and make for a pretty fun "Who can spot it first" game. (HINT: There are several in the "Carousel of Progress.")

8. All of the flags on Main Street have LESS than 50 stars! Yup, count 'em. The reason? Because if Walt had used flags with 50 stars it would mean he'd have to take down the flags in bad weather.

7. There is an epic suite in Cinderella's Castle that was built exclusively for Walt and his family. However, Walt and his family never got to spend time there, it was in the original plans that it would be their apartment. Today, you can't even book it, and it's only available to VIPs, contest winners, and special park guests. You can't even tour it, it's that secret.

6. On Main Street there's an actual barber shop. Perfect place for a photo op while your little ones get a bit of a makeover.

5. Behind Cinderella's Castle is the Sword in the Stone. Many people just walk right past it.

4. The Magic Kingdom parking lot is big enough to fit the entire Disneyland theme park. And it still has extra space.

3. Secret Tunnels! Frontierland and Tomorrowland cast members use secret subterranean tunnels underneath the Magic Kingdom so that you'll never see a Tomorrowland character in Frontierland. Helps maintain the magical illusion of the most magical place on earth. You can actually tour these on the "Backstage Magic Tour." But this is reserved for guests 16 and older.

2. As you walk away from Cinderella's Castle, you'll notice that the bricks go from large to small, bottom to top. This is called "Forced Perspective" and it allows you to see the castle as being much taller than it actually is. However, the reason Walt had to stop building the castle was because if it went over 189 feet, he'd have to put a blinking red light on it to comply with aviation regulations.

1. Don't miss the "Kiss Goodnight Show." This happens about a half hour after all the rides close.

READ EVEN MORE SECRETS OF DISNEY WORLD AND DISNEYLAND HERE!

Here's the ultimate guide to the best-kept secrets of Disney World and Disneyland! 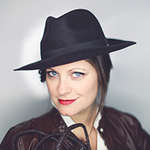