Dreams of Half Dome: Journey to Yosemite

A light, non-threatening drizzle turned swiftly into an outright downpour. I opened my eyes and watched as the droplets danced down the outer fabric of my meager nylon tent.  The drops crashed all around with short pops and cracks in an ever-increasing cacophony of intensity before rushing down the sides of my shelter and moistening the once dry, almost dusty forest floor. Tiny beads of condensation, aided by the heat of my breath and the newly arrived weather patterns, started to form on the taunt walls and ceiling before freeing themselves and plummeting towards my still tired bones.

A chill ran through my body as the drops made contact. Getting wet wasn’t the problem though. No, I thought, wiping the morning crust from my eyes while brushing the slight spritzing away with my shirt, this minor inconvenience was the least of my worries.

That’s when I heard it.

A slow rumble in the distance told me all I needed to hear. It quickly graduated from a slow roar to a thunderous crash, lighting up the chilly pre-dawn morning and confirming my impending disappointment. I wouldn’t summit, at least not this time.

Four years after I had accepted an invitation to join an old friend’s venture crew on a backpacking trip to Yosemite National Park as a high school graduation gift, I was still thinking about Half Dome.

The trip had been one of my best. Trekking for five days through the expansive valleys still packed with late season snow and over the soaring peaks of the High Sierras was an experience unlike any other. Yosemite, if only for a few short days, had transformed this typical kid from the flat unassuming Midwest suburbs into a full-fledged mountain man.

Despite the overwhelming success of the trip, and the many that would elsewhere follow, one goal stood glaringly incomplete. The weather four years previous had been less than desirable, and when that first clap of thunder and accompanying lighting flash announced their plans for the day, my fate was sealed.  The metal cables that guide those on their ascent to Half Dome’s iconic peak when tempted with the threat of lighting were nothing short of a death sentence.  I was left with a bittersweet end to the trip, wondering when the day would come where I could return and make my push for the summit.

I soon got my answer. My old man asked where we should head on our annual father-son outdoors outing. I casually suggested California. Being notorious in our family for being just about the biggest tree-hugger you can imagine, I knew he’d be thrilled with the idea of standing amidst the giant sequoias and towering redwoods. Sure enough, a few months later, the warm California rays began to tan our fair Midwestern complexions as we pointed the rental car away from the Pacific and towards the mountains.

Choosing back roads and byways in favor of interstates and freeways offered up a new and exciting view of the Golden State. After a quick stop to dip our toes in the chilly waters of the Pacific Ocean and a bite to eat in the free spirited seaside town of Santa Cruz, we gunned the rental’s four-cylinders toward the Sierras.

As we moved inland, the landscape evolved before us as a kaleidoscopic array of small towns, and ever changing natural features unfolded beyond our windshield, each turn offering yet another detail to claim our gaze. Crisp khaki-colored hillsides gave way to exposed rock and shallow canyons before dipping into the heartland of America’s produce production.

My dad told me stories of how my grandparents, bored within the confines of Cincinnati proper, recruited a few adventurous friends and siblings and took off on a trek across the country to the coast of California, likely traveling the same roads and enjoying the same freshly picked fruits we now polished off as efficiently as kids in a candy store.

We climbed out of the valley and into the mountains, spending a few days hiking in Kings Canyon and Sequoia National Parks. There, we worked in some last minute preparation for an extended visit to Yosemite’s backcountry. Humbled beneath giant sequoias, we ascended the old stairway to Moro Rock, gawked at the enormity of the General Sherman tree, and watched as a mother bear taught her young cubs the finer points of termite collection.

After a few days we continued north through the Sierras and into Yosemite.  Passing through Merced and the Mariposa Grove, the road led us through the Wawona Tunnel, immediately gracing us with the astoundingly scenic and iconic view of my four-year-old goal. The next five days were spent pushing further and further into Yosemite’s wilderness, towards the valley, towards Half Dome.

Carrying only the packs on our backs we filtered cooking and drinking water from alpine lakes and streams and ate dinners under jagged peaks painted soft with alpenglow.

We made our final camp off the trail in an un-established campsite a quarter mile from the trail marker that denotes two miles to Half Dome. From our vantage point, the 8,000+-foot granite peak towered above us. I got out my camera and zoomed in on the route I had obsessed over since failing to tackle it four years earlier. The final summiteers of the day were making their way down the cables, looking like ants as they descended out of view to the valley below.  I smiled at the realization of how close I was to becoming one of them.

The next morning my dad and I emerged from our tent, broke camp, and were on the trail before dawn, alternating between throwing back packets of dry oatmeal and chugs of water as we walked, our morning sustenance.

We blew through the relatively gradual two-mile ascent to the base of the granite giant we wished to stand upon.  As the terrain changed from boot trodden forest floor to hardened windswept granite, I knew my goal was that much closer to being completed.

So began the climb, higher and higher, 180-degree views of the Sierras becoming more and more prevalent with each upward step.

After an hour or so of ascending Sub Dome we arrived at its summit, the base of Half Dome.  We congregated with a few others who had decided to make the early morning and much less crowded push for Half Dome. Among our ranks was a teacher who used his summers to traverse the national parks and report back to his elementary school students.  His partner, also a teacher, upon seeing the cables decided her summit had been reached. Finally, there was a mother and daughter team. The daughter, on summer vacation from American University and the mother, a State Department diplomat on leave from a posting in South America who later informed me of her less than legitimate marriage to a fellow diplomat that allowed them to live and travel the world on the government’s dime. She told me how to get ahold of her if I was interested in seeing the world the good way. Some things, whether they happen in your own neighborhood or thousands of miles away, high above the most picturesque valley you’ve ever laid eyes on, you just can’t make up.

Deciding to tackle the climb as a group we took hold of the cables and started pulling ourselves upwards. Pictures don’t do them justice. The cables, which are nothing more than metal stakes driven deep into the side of the mountain to aid those on their ascent, ebb and flow in and out of their drillings depending on how much force you put on them.  The climb is also vertical. Yes. Vertical. The whole process feels a little unnatural.  Every eight feet or so there is another stake laid horizontally to provide a brief rest and reprieve. Eventually, the route begins to flatten out as the summit draws nearer and nearer.  After almost 30 minutes of climbing and pulling myself higher, the summit came into view.

My pace quickened as I ascended the last one hundred feet to the summit.  Washed over me was a feeling of overwhelming joy at the completion of my goal. As I took a few final steps higher and onto the base of the summit I was greeted with the most amazing panoramic view of the Yosemite Valley and the surrounding Sierra Nevada Mountain Range. The snow capped peaks plummeted into deeply carved and forested valleys. Waterfalls, relieving the mountains of their winter snowpacks, cascaded over ledges that flowed into creeks and rivers that meandered in every direction. A base jumper vaulted from the peak and soared by wing suit into the valley below. His partner, having captured his jump on camera leaped off the granite dome as if it were a diving board and sailed after him.

It was, without question, more than I could have ever imagined. The raw beauty seen from the top of my four-year-old goal was unprecedented. I quickly turned to fist bump my dad and high five the others while we all stood in awed silence of the commanding vista before us.

Looking back, I wouldn’t have had the experience happen any other way. The four year wait, along with being able to share the moment with my dad the second time around made the whole thing that much sweeter.  It wasn’t the most arduous journey, it wasn’t an ascent of Mount Everest or an exploration to an unknown planet, but it was certainly just as invigorating and enlightening.

Sometimes, all it takes is a simple road trip with friends and family, the taste of freshly picked fruit from a grove of orange trees, or the accomplishment of a four-year-old goal to breathe new life into ourselves. The fact that places like Yosemite exist, for that very purpose, is a testament to their immense importance in our lives.

Lover of Yosemite and famed conservationist John Muir once said, “Thousands of tired, nerve-shaken, over-civilized people are beginning to find out that going to the mountains is going home; that wildness is necessity; that mountain parks and reservations are useful not only as fountains of timber and irrigating rivers, but as fountains of life.”

As I stood on the summit of Half Dome, eyeing the expansive beauty that lay before me, truer words had never been spoken. 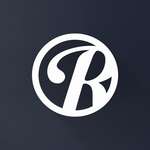