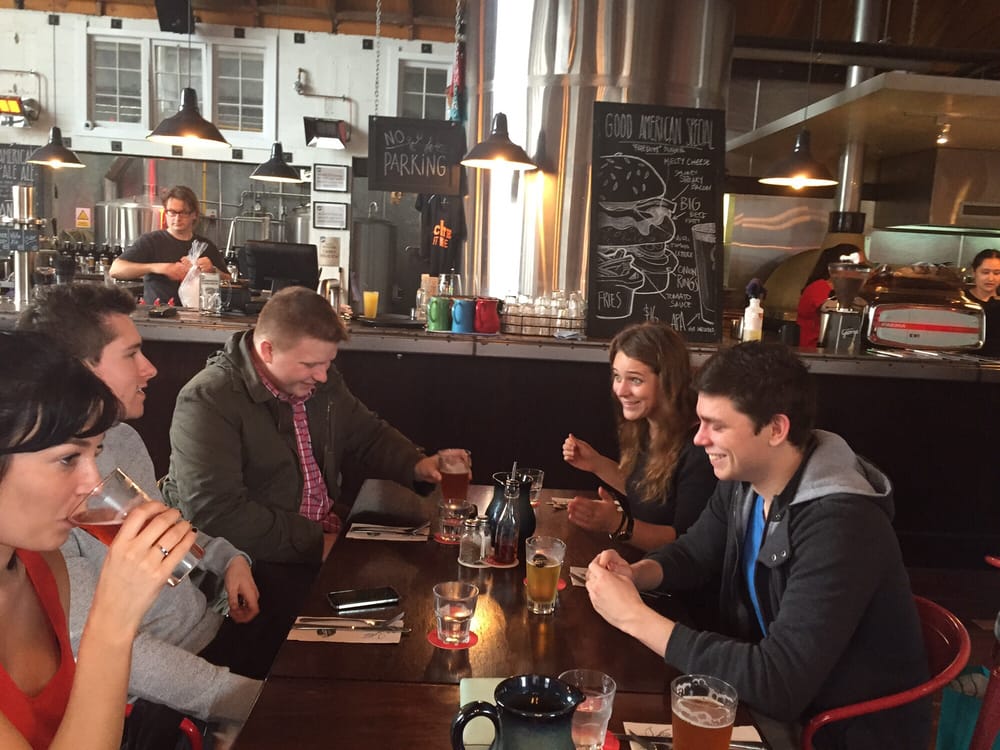 “World-class beer, fresh and original, and proudly brewed in Hamilton.”

If we told you that Good George was the best thing to come out of Hamilton, you’d probably think for a minute then make a joke about how we don’t have much competition. That’s okay, we can handle it. When you come from a city that boasts a bridge called Bridge Street Bridge, you learn quickly not to take life too seriously. We’re serious about brewing though. A group of friends started Good George because we wanted to make beer that was truly world class. Now that this dream has been confirmed by us winning numerous awards we’re far too modest to go into here, our next job is to spread the word. Good George came to life after a bunch of friends got together and decided, after years in hospitality and brewing, it was time to create their own craft beer brand. Their main motivation was to show people what great beer can be, convert drinkers from the norm and show them how to enjoy fantastic beer.

Food is OK. Beer OK. Cider a little better than OK. But beware if you are not local. Service is quite a bit less than OK. Literally got our food before our drinks. And then the waitress served... Read more

Enjoyable beer, a combo appetizer platter that serves three and not two (sausage, waffle fries, some so-so "popcorn chicken", and a few other things), plus a surprisingly good Sunday roast. I... Read more

Dropped in here before heading to the cricket. Plenty of beers and ciders to try. Got a few dishes to share and we all enjoyed them. Had a lovely vibe and lots of outdoor seating. I was very... Read more