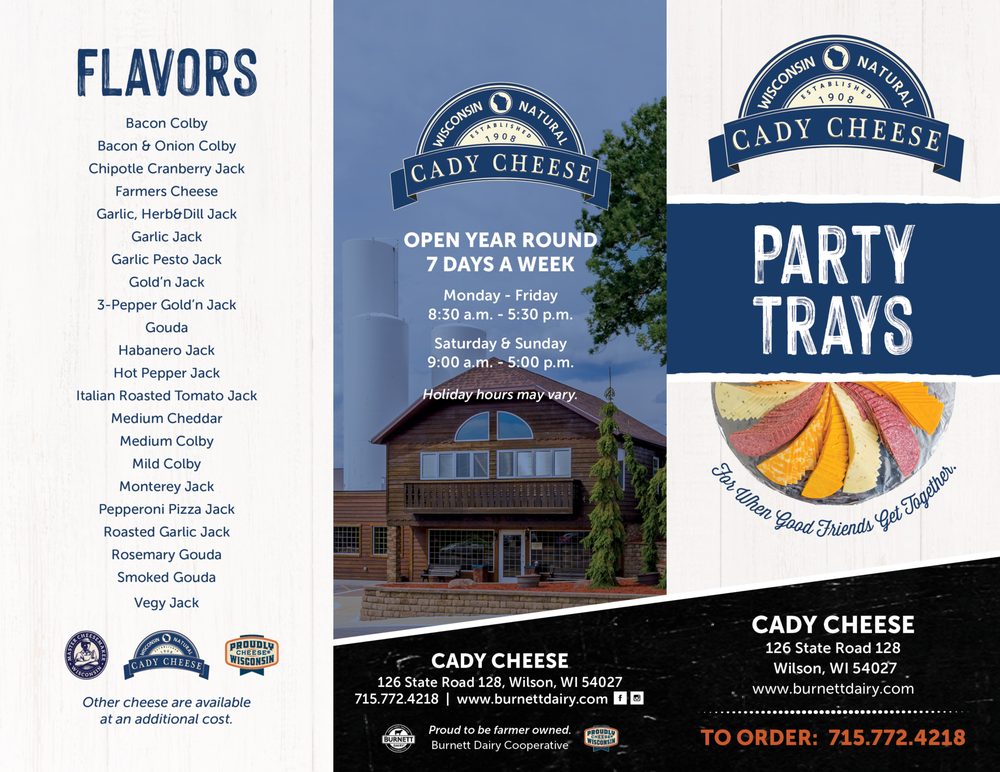 The Cady Cheese Factory is an example of a factory that started small, suffered adversity but always came back to making cheese, which it does today. Cady Township, in which the Cady Cheese Factory is located, had a scant 158 acres of wheat, 99 acres of oats and 51 acres of corn in 1876. The population was 329 and there was no dairy plant of any kind. Lumber milling was the prominent form of enterprise. After the lumbermen removed the timber, a vast acreage of land became available for other uses. In the early 1900's, farmers (most of them German) bought land in the area. By 1908, Fred Bohren, a Swiss immigrant, was hired as a cheese maker. He began making German Brick Cheese. In those early days, the farmers hauled their own milk to the cheese factory and they took turns hauling the finished cheese to Menomonie or Spring Valley for shipping. Sometime later, the cooperative sold the factory to the cheese maker.

With near certainty, extreme probability, all but the tiniest sliver of doubt, the best cheese curds in the entire midwest. (Or at the worst, AMONG the best.) Read more

I went to two cheese factories while driving through WI and this was by far the better of the two. It's more spacious so even though it had a similar amount of customers it didn't feel as... Read more

By far some of the best curds we've ever had. Plus the fresh Colby is awesome! Very friendly staff and yummy stuff! Read more