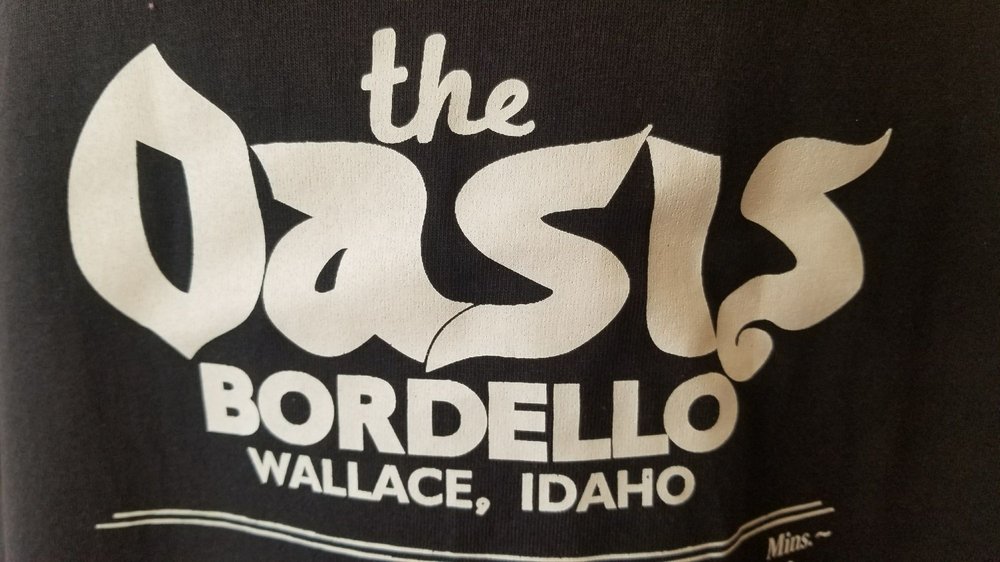 “a reminder of Wallace's colorful past”

Idaho's Oasis Bordello Museum was a Wallace community "cat house" until it shut its doors in January 1988. The night before a police raid, Madame Ginger and her girls picked-up and disappeared into the night, leaving behind everything, and never being heard from again. In 1993, local entrepreneurs Jack and Michelle Mayfield bought the building, and preserved it exactly as it was the day the girls disappeared so that guests could step back in time to that fateful night.  During the Oasis' heyday, it was one of the most notoriously visited cat houses in the area, with a 200 to 1 man to woman ratio. The girls would work 12-hour shifts for two weeks straight, and on a good weekend, make upwards of $2,000 from 35 to 40 clients a night. Before the Mayfield's renovations were completed by the new owners, one of the last jobs was to paint over the wall in the kitchen, a wall which was completely covered from floor to ceiling in client phone numbers. The original signs are still hanging on the walls showcasing the original client costs. $15 for an 8 minute straight, $30 for 15 minutes, and $25 for a half and half… Today, guests enter through the same triple dead-bolted door that clients did all those years ago, only today mannequins take the place of the ladies. Everything is still where it stood when the girls left in a hurry — like an 80's time-capsule. All 10 rooms are open to self-guided tours, each decorated with the furniture, toiletries, and clothing left behind in the dead of night. The museum is open seven days a week to anyone interested in seeing inside a historical time-capsule from the sex trade era, and admission is only $5. When you think about it, that's the least amount of money the Oasis ever charged a client. - Roadtrippers

Is it worth a road trip to Wallace? No. Is it worth getting off the road driving through Wallace? Yes, even if the prostitutes don't work here anymore. $5 tours are optional (after reading the... Read more

Stopped in Wallace to overnight during our road trip. Great town, lots of history and happy we did. We were walking around the town decided to stop and see what the Oasis Bordello Museum was... Read more

I recently made a stop in Wallace and had the chance to take the tour. It was great! I had done the tour a couple times in the past, but not for a long time. The new manager has done a fantastic... Read more