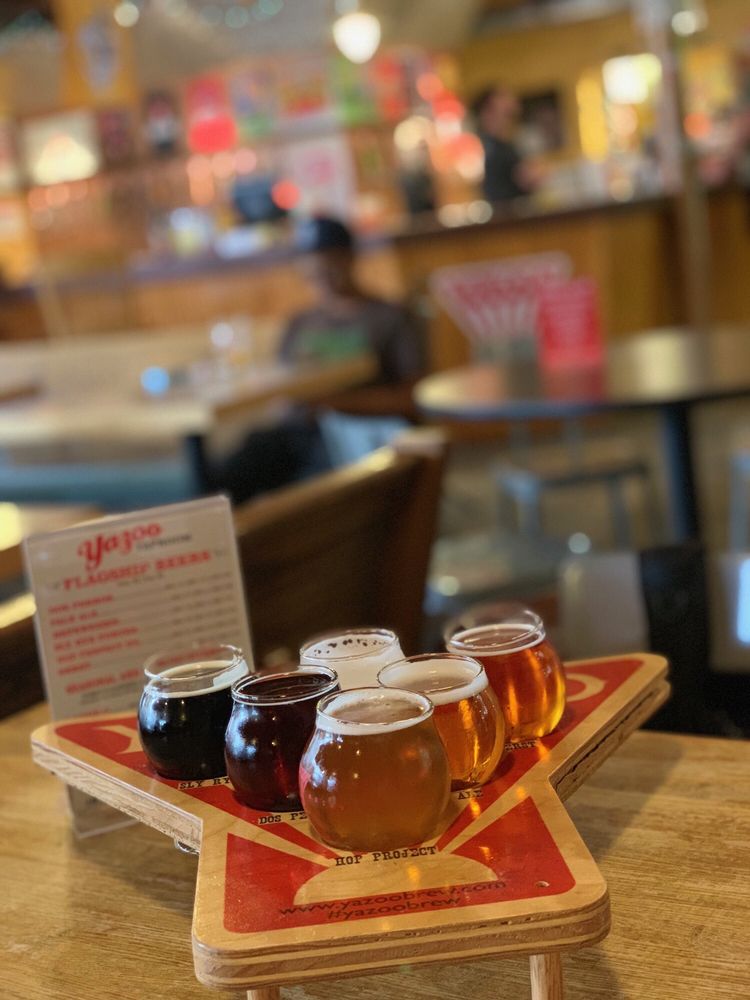 “brewing a dream in Nashville”

Yazoo Brewing began as just a dream, stoked by years of homebrewing in the basement. Linus and Lila Hall moved to Nashville from Mississippi in 1996, with Linus going to work as a tire engineer for Bridgestone and Lila as a curator for the Parthenon. Trying to make tires more round proved to be less fulfilling than making great beer, so with the encouragement of Lila, Linus quit his job, got a business degree from Vanderbilt and a craft-brewing education through a course at the American Brewer's Guild, and did an internship under Garrett Oliver at Brooklyn Brewery. Linus found a used 10 bbl brewing system from a brewpub in Iowa that had gone out of business, and went to work restoring a corner of the old Marathon Motorworks building for their brewery. Yazoo Brewing opened for business in Oct 2003, and quickly gained an enthusiastic local following. Taproom open 4pm-6pm Mon-Sat Brewery Tours on Saturdays.

Reviewed by
Kevin B.

Yazoo is great! We've been here a few times over the past few years and they always have something fun on draft. Their sours are very good and they have lots of varied styles, so there is... Read more

Reviewed by
Molly B.

Yazoo beer is a staple in Nashville. It's always fresh, crisp beer and knowledgeable staff to help you decide. I thoroughly enjoy the outdoor area, I'll be back again for sure! Read more

Reviewed by
Anon B.

This beer ROCKS. Get the Hefeweizen! Took some friends on a tour of the brewery and it did not disappoint. Our guide really broke down the beer-making process in a way that made sense to us who... Read more