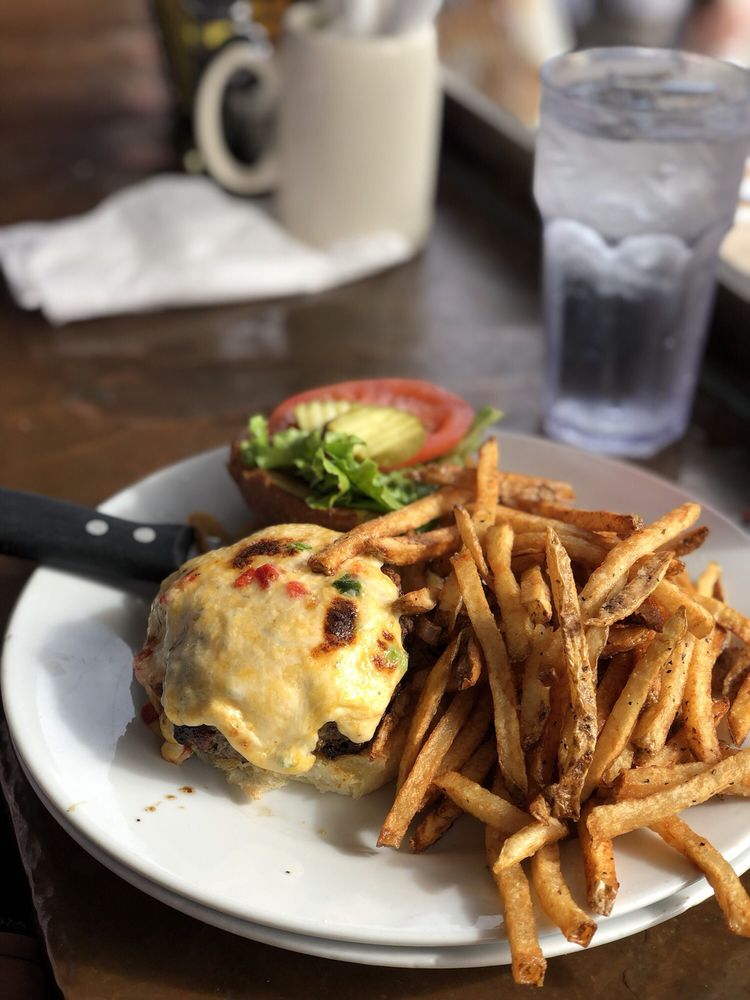 Much like his work, the life of Edgar Allan Poe was short, tragic and shrouded in mystery. Best known as the author of the popular poem “The Raven”, Poe is credited with creating the detective and horror story genres. After a brief stint at the University of Virginia, Poe enlisted in the army under the pseudonym Edgar Allan Perry and was stationed at Fort Moultrie at the western end of Sullivan’s Island for thirteen months beginning November 18,1827. His time on the island inspired “The Gold Bug”, a story about a mystical beetle that led to buried treasure. He died alone, impoverished and inebriated at the age of 40 amid conflicting accounts of his demise,  yet left an indelible legacy on American literature. We are open and serve our full menu 7 days a week from 11am-10pm. On Thursday, Friday and Saturday nights, we serve the full menu until 11pm. The bar at Poe’s stays open until midnight. No one under 18 is allowed in the bar area after 8pm daily.

Nice location with tables outside on main drag of Sullivan island. Otherwise left a lot to be desired. Not sure any of the food is fresh. The salad was clearly from a bag. The onion straws... Read more

I've only been twice but I was happy with the food and atmosphere! Their brunch is great and you can tell by all the business they have on weekends. I was surprised at how big it was inside the... Read more

I've been here a couple of times now because I'm alll about the laidback vibe and outdoor seating! I don't eat much meat anymore BUT I have been wanting to try a burger here after reading about... Read more