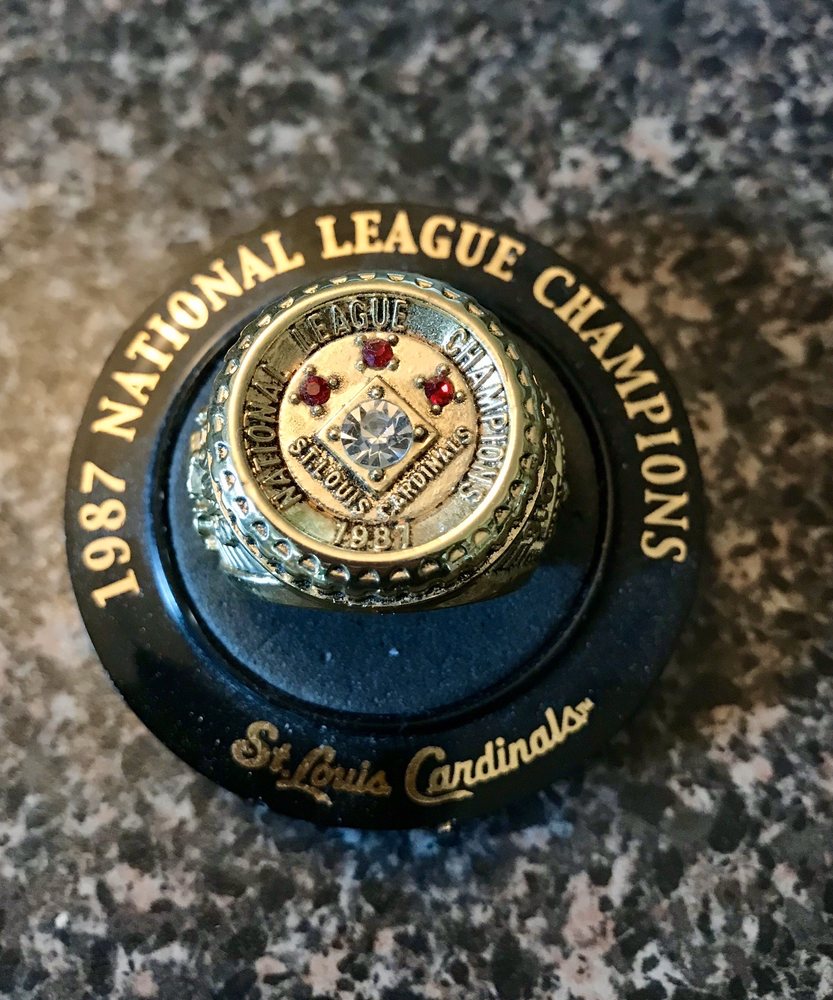 “Home of the St. Louis Cardinals”

Busch Stadium is the home of the St. Louis Cardinals, of MLB. The stadium has a seating capacity of 43,975, and contains 3,706 club seats and 61 luxury suites. The highest attendance was recorded on October 28, 2011 when 47,399 people watched the Cardinals win their franchise eleventh World Championship. It replaced Busch Memorial Stadium and occupies a portion of that stadium's former footprint. Busch Stadium was chosen by MLB to host the 2009 Major League Baseball All-Star Game. The ballpark opened on April 4, 2006 with an exhibition between the minor league Memphis Redbirds and Springfield Cardinals, both affiliates of the St. Louis Cardinals, which Springfield won 5-3 with right-hander Mike Parisi recording the first win. The first official major league game occurred on April 10, 2006 as the Cardinals defeated the Milwaukee Brewers 6–4 behind an Albert Pujols home run and winning pitcher Mark Mulder.

I make it a goal to visit every game when I'm in a city with a baseball team. I buy a ball and add it to my collection. Today I had the opportunity to visit the stadium of the STL Cardinals; Bush... Read more

Reviewed by
Daniel B.

Aside from the New York Yankees, no team in baseball has won more World Series titles than the St Louis Cardinals. The Cards have won 11 titles which is more than storied franchises such as the... Read more

Love the Cards ! Great Games and Great Food! Always A Great Time! When you are in town or from out of Town you Must see a Cardinal Game! Read more