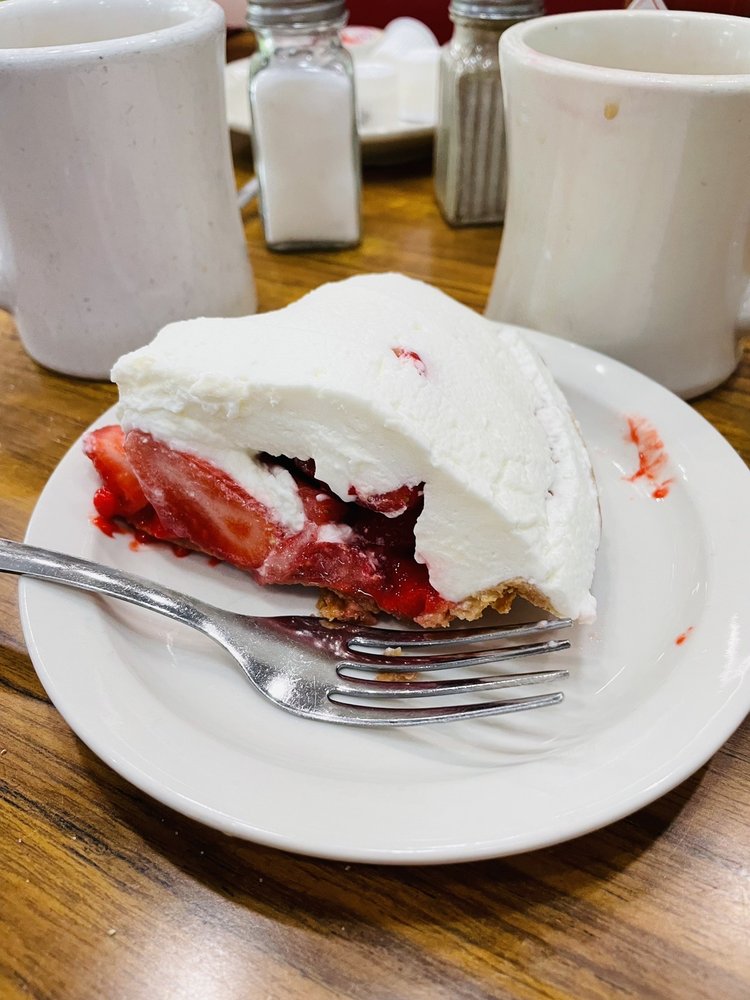 Strawn's Eat Shop has been serving hamburgers, fried chicken, and fresh ice-box strawberry pies since 1944. Today this family-owned diner continues to please its customers with a second and third location, Strawn's Eat Shop Too and Strawn's Eat Shop Also. Come by and get YOUR pie!   We're very sorry, we can't ship our pie! Strawn's Eat Shop opened in 1944 under the ownership of Mr. Strawn.  Gus Alexander took over the restaurant in 1958. Under Gus's leadership, Lula McCoy ("the fried chicken maker"), Ella Hamilton ("the pie lady"), and Gladys Duncan ("the great waitress") joined him to make Strawn's Eat Shop a success. It was during this time that Strawn's became known as a "Shreveport Tradition." In 1989, Buddy and Nancy Gauthier bought the restaurant. Under the Gauthier's ownership, many changes have been made, but the great food and atmosphere remain in tact. In 1992, Strawn's went from seating 50 people to seating over 150 people!  The entire country was introduced to Strawn's since Southern Living Magazine featured its famous ice box pies in 1994 and 2003, and Food Network featured Strawn's yummy food March 10, 2003 on "The Best Of."  And now the Gauthier's two daughters have opened Strawn's Too and Strawn's Also.

Reviewed by
Charley B.

The hospitality here was wonderful - the staff was very nice and makes you feel at home. I ordered the fried chicken lunch special which comes with a delicious cakey cornbread and 3 sides. I only... Read more

Reviewed by
Devynne B.

Excellent excellent excellent! Would give it 10 stars if I could! The servers, especially Gigi, were so kind and patient with our hangry 5 year old. The atmosphere was fun and lively. We had... Read more

First time ever going & it was an amazing experience all around. I don't live in the area but for sure it's a stop I will take whenever my family & I go back to town. Thank you Read more