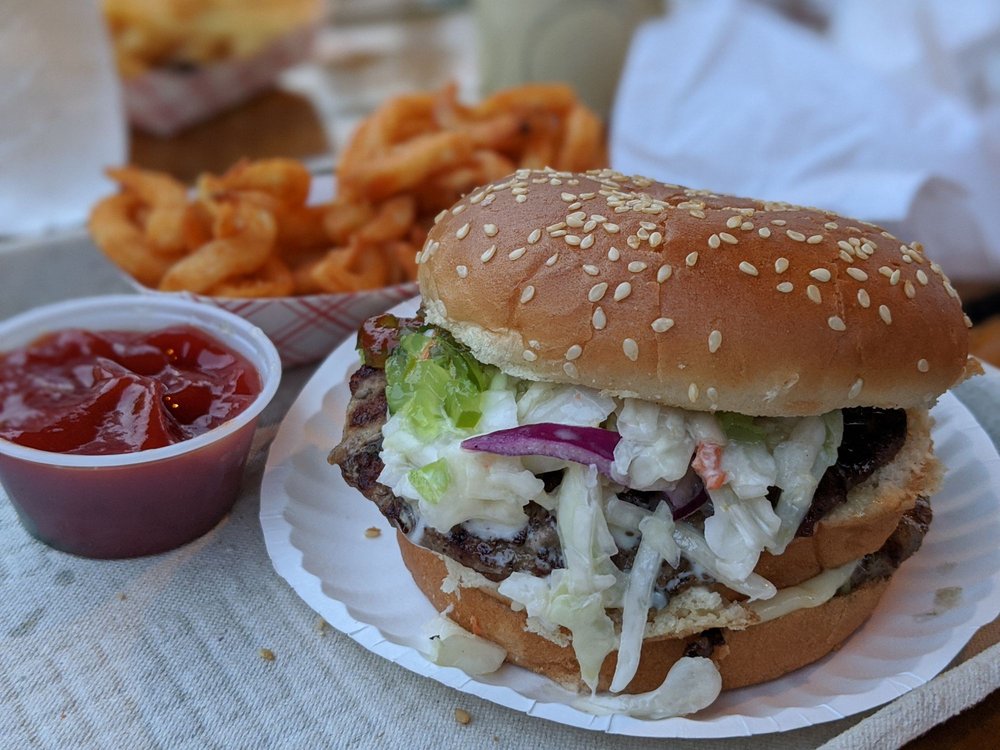 “Serving the capital district for 60 years!!”

Jumpin Jack's was built in 1952 by Jack Brennan. Originally he had just built the Ice cream building which he called "Twin Freeze" because of the two soft ice cream machines that he had purchased.A few short years later after becoming successful with the ice cream business he decided to expand upon that and the original "Charcoal Pit" was added in 1957. Also around the same time Jack had a train ride built and it rode on an oval track than ran along the bridge side of the parking lot. The train was in service until around 1971 when construction began on the new Western Gateway bridge  The Charcoal Pit was replaced with a much larger building in 1964, that included a roof that extends beyond the building to keep the customers out of the elements while ordering a meal. Also the warehouse was moved into place in 1965, originally it was behind what is now Trustco Bank. An addition to the warehouse was made in 1970 that added another bay. The warehouse uses the original sign that used to be on top of the large road sign. In 1976 Jack retired and sold the business to the current owner Mark Lansing who at the time was then general manager of jj's.

Reviewed by
Diane B.

Had a wonderful day with the kids and grandkids! Great burgers and onion rings and the kids loved the chicken fingers, fried shrimp and French fries, but the coleslaw was the overall favorite!... Read more

I don't get the hype. It's a very cute idea, great location, and the good is okay. But the wait time is insane. If the food was phenomenal, whatever. But it's merely OK, and portion sizes for... Read more

stopped here with my family on the night before my sisters graduation. it was 15 minutes to close and the staff was smiling and helpful, which to me, having worked in the industry for years, is... Read more

This place is greasy in the best way. We spent many a weekend there after a night of drinking in college in the 80's Read more