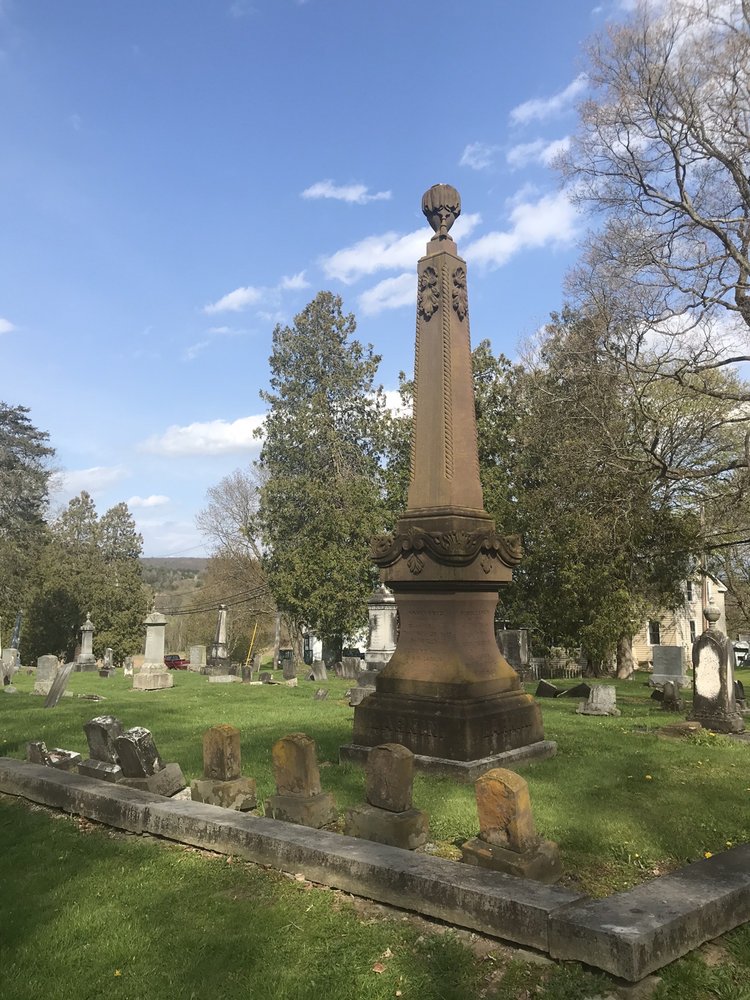 The Old Stone Fort was built as a church in 1772. Builders chiseled parishioners' names into the stones. They include many of the early families of the valley. With the coming of the Revolutionary War, the church was enclosed by a log stockade in 1777. On Oct. 17, 1780, a force of about 800 loyalists and Indians under Sir John Johnson and Mohawk Capt. Joseph Brant raided the valley and briefly attacked the fort before proceeding north toward the Mohawk Valley. A cannonball hole may still be seen in a cornice at the rear of the building. The stockade was removed in 1785 and the building continued service as a church until 1844 when it was replaced by the present Reformed Church in the village. In 1857 the former fort was sold to the state for $800. Through the Civil War and until 1873, it was used as an armory. Then, it was given to the county for historical use. In 1888 the Schoharie County Historical Society was formed to operate a museum at the old fort and by 1899, a catalog of 2,500 items was published. The complex now includes the William Badgley Museum and carriage house, built in 1972; the Warner house, a Greek Revival home housing the Scribner Exhibit of early twentieth century communications equipment; the 1830 Jackson law office; the Ward Oliver one-room school house furnished circa 1900; and the Schaeffer-Ingold Dutch barn. The Hartmann's Dorf House, a Palatine dwelling circa 1760, is undergoing restoration. Thousands of antiques and artifacts from war and peace are on exhibit. Costumed interpreters assist your visit and a research library is available to historians and genealogists.

I must admit that I volunteer my time quite a lot at the Old Stone Fort however, I am indeed a very happy volunteer. I enjoy the review that Matt W. gave of this remarkable historical treasure &... Read more

This is an historic site in Schoharie Village featuring "The Old Stone Fort" (more below), an historical cemetery, and a half a dozen historical buildings that have been relocated here to make a... Read more

Absolutely beautiful cemetery. We spent Mother's Day weekend walking around this peaceful cemetery. It was so serene and calming. It's incredibly well kept and clean. The volunteers do a great job... Read more