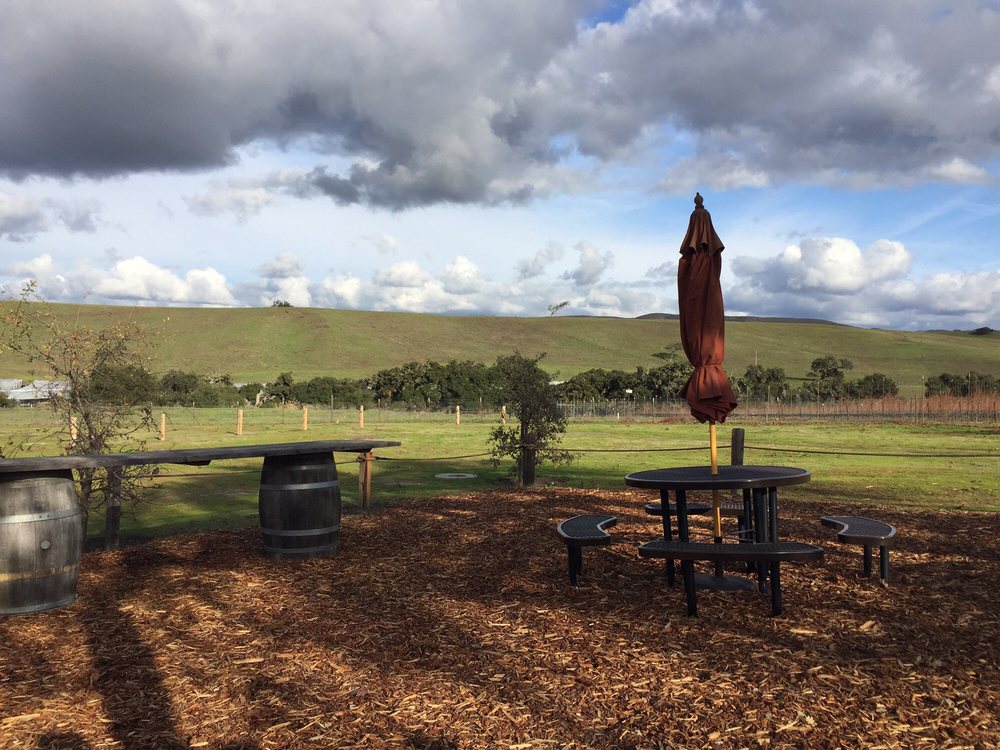 Bill Wathen and Dick Doré (also known as the “Foxen Boys”) have been making wine together since 1985, when they founded Foxen Winery & Vineyard at the historic Rancho Tinaquaic in northern Santa Barbara County. Since that time, their dedication has remained the same—the creation of very small production, sustainably-farmed, vineyard-focused wines using a "minimalist" approach to winemaking. The winery was named in memory of William Benjamin Foxen, an English sea captain and Dick's great-great grandfather, who came to Santa Barbara in the early 1800's. In 1837, this Santa Barbara County pioneer purchased the Rancho Tinaquaic, a Mexican Land Grant that originally totaled nearly 9000 acres and comprised most of what is now known as Foxen Canyon. Captain Foxen adopted the distinctive "anchor" as his ranch cattle brand, which has become a trademark of the winery. It is very fitting that FOXEN has made its home on the 2000-acre Rancho Tinaquaic, which remains in family hands. With the completion of FOXEN’s new solar-powered winery and tasting room in 2009, the historic and beloved “tasting shack was renamed “foxen 7200”, where Bill and Dick now feature their Bordeaux and Cal-Ital-style wines, under a newly designed label. FOXEN Pinot Noirs, Chardonnays and Rhône-style wines are showcased in the new solar-powered tasting room at 7600 Foxen Canyon Road. Both tasting rooms are open daily, 11 to 4.  Bill and Dick invite you to visit FOXEN to taste their wines and experience the bucolic setting of the Rancho Tinaquaic. And then you’ll understand why many say, “If you don’t know FOXEN, you don’t know DICK...or BILL!”

I started this review a month ago and then forgot about, but as fate would have it, on a return trip from NY to Solvang to get married, we popped in here. It's nice when people remember you and... Read more

The location and outdoor tasting location are truly lovely. We had the pinot noir wine tasting. The pinot style here is very bright fruit that almost tastes underripe. Because of the different... Read more

We did the Sideways self-wine tour this past weekend. And Foxen was our only five-star experience. The staff was great... very knowledgeable on the wines, history of the winery and the area, and... Read more