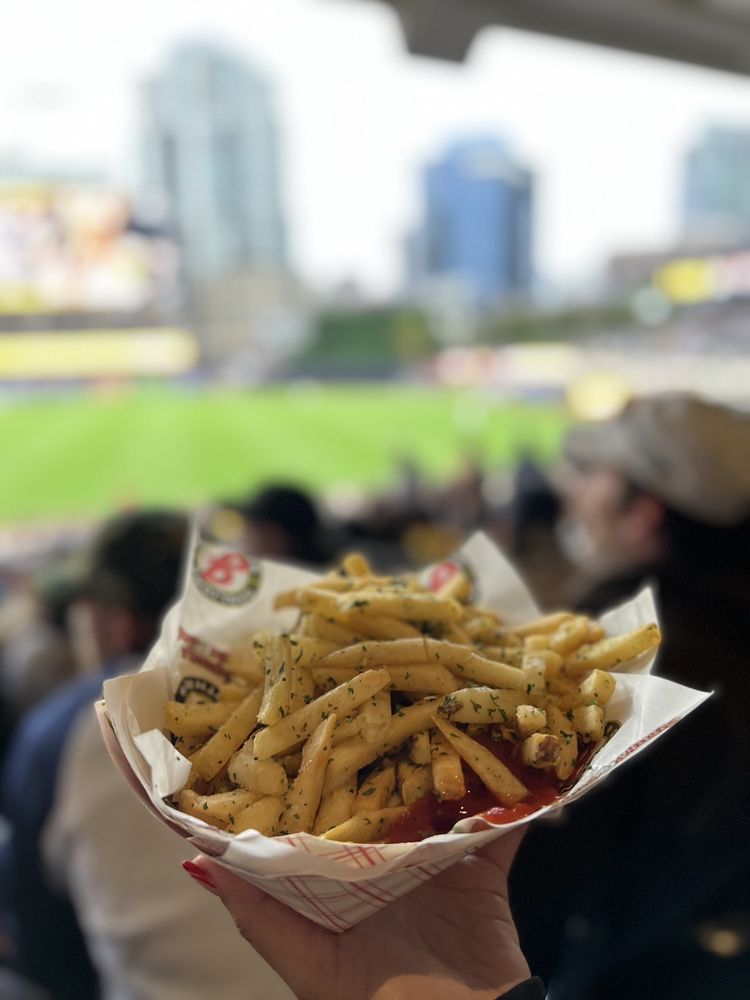 “Home of the San Diego Padres”

Architecturally magnificent, PETCO Park, home of the San Diego Padres, opened in downtown San Diego in 2004 and immediately became known as "The world's best ballpark in America's finest city" ...but it is so much more. Offering stunning views of San Diego Bay and the San Diego skyline, a dazzling array of venue options, state-of-the-art amenities, a dedicated event management team, and endless creative possibilities, PETCO Park is the ultimate setting for an unforgettable event. The ballpark is located between 7th and 10th avenues, south of J Street. The southern side of the stadium is bounded by San Diego Trolley light rail tracks along the north side of Harbor Drive (which serve the adjacent San Diego Convention Center). The portion of K Street between 7th and 10th is now closed to automobiles and serves as a pedestrian promenade along the back of the left and center field outfield seating (and also provides access to the "Park at the Park" behind center field). Two of the stadium's outfield entrance areas are located at K Street's intersections with 7th and 10th Avenues. The main entrance, behind home plate, is at the south end of Park Boulevard (at Imperial) and faces the San Diego Trolley 12th & Imperial Transit Center.

Great ballpark. Uber friendly staff. Pretty loud too. Getting to some of the sections was tough but that was the only drawback. I would love to visit Petco again. Read more

Park #13 for me did not disappoint on a recent trip to San Diego! Friends and I came to Petco Park to catch the Padres vs. Cardinals series on a Wednesday night and all in all, had a great time!... Read more

Awesome ballpark! Like a slice of "baseball heaven" for the hardcore baseball fans, filled with great food options (think beer on tap and in coolers, BBQ (gargantuan pulled pork sandwiches for... Read more