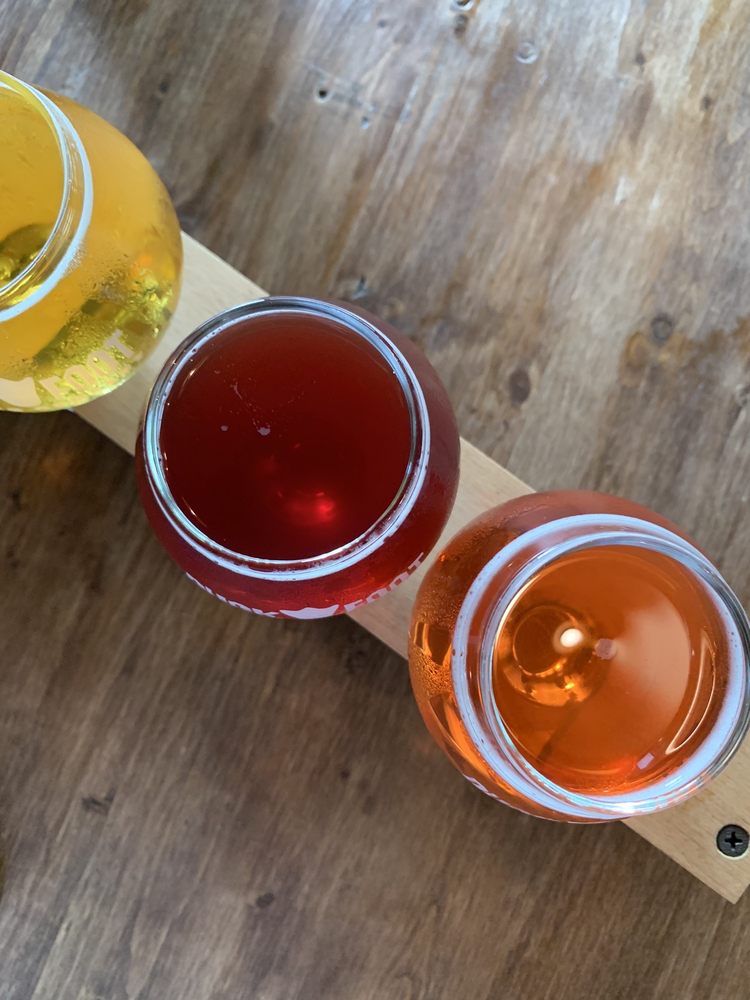 OPEN: MON/TUES/WEDS 2-9PM THURS/FRI/SAT 12-10PM SUN 12-6PM San Diego’s Duck Foot Brewing Co. is not just a craft brewery, it is a new approach to beer consumption. The team at Duck Foot believes in great tasting specialty beers that just happen to be accessible for the gluten­ intolerant. We are beer lovers at our core and would never sacrifice flavor to hop on a trend. Craft beer should be accessible to all, no matter what dietary restrictions stand in their way. Duck Foot’s imaginative brewery and tasting room opens at 8920 Kenamar Drive in Miramar in May 2015 with five core beers and rotating seasonal offerings and special releases throughout the year. The core beer list consists of a Blonde Ale, Red Ale, IPA, White Double IPA and a Chocolate Hazelnut Porter. Seasonal offerings emphasize the flavors of the region. For example: Honey Ale made with California Orange Blossom Honey, Coconut Molasses Brown Ale, Ukrainian Imperial Stout and Belgian Wit bier. All beers are brewed with people with Celiac Disease and gluten­ sensitivity in mind. In fact, one of the owners has Celiac Disease.

Very cool selection of tasty beverages. Nice picnic tables outside and a decent inside. Cool and chill vibes and near a pyramid ! Read more

Duck Foot brewing is a craft beer mecca that includes a large selection. The brewery's Miramar site also features a rotating food truck schedule with delectable fare that can be consumed in the... Read more

All Gluten Free? Yes. Wait, every beer? Yes. Not just one Or two? No. All this awesomeness of wide variety is gluten-free? Yes. 5oz glasses? Yes, enjoy two different flavors for about the volume... Read more