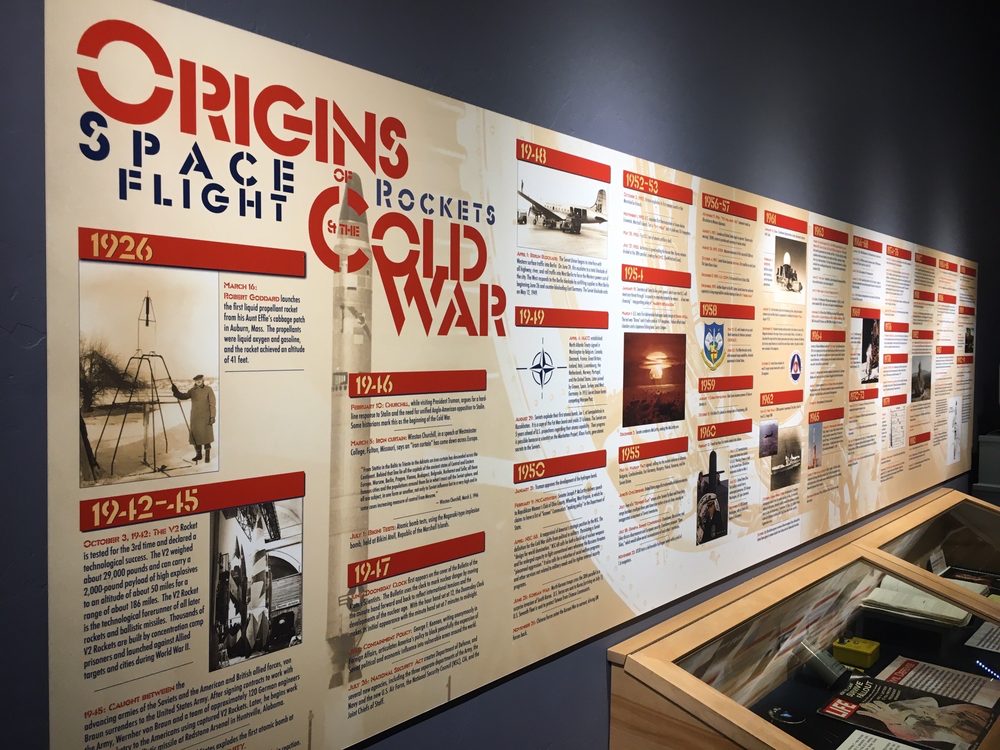 "Duck and Cover!" Bomb shelters, the Berlin Wall, weekly tests of the Emergency Broadcast System, the piercing sounds of air raid sirens, and the Space Race. These are the hallmarks of the "Cold War" era. The Titan Missile Museum showcases the dramatic vestiges of the Cold War between the U.S. and former Soviet Union and provides a vivid education about the history of nuclear conflict-a history of keeping the peace. At the Titan Missile Museum, near Tucson, Arizona, visitors journey through time to stand on the front line of the Cold War. This preserved Titan II missile site, officially known as complex 571-7, is all that remains of the 54 Titan II missile sites that were on alert across the United States from 1963 to 1987. Able to launch from its underground silo in just 58 seconds, the Titan II was capable of delivering a 9-megaton nuclear warhead to targets more than 6300 miles (10,000 km) away in about 30 minutes. Nowhere else in the world can visitors get this close to an intercontinental ballistic missile in its operational environment. This one-of-a kind museum gives visitors a rare look at the technology used by the United States to deter nuclear war. What was once one of America's most top secret places is now a National Historic Landmark, fulfilling its new mission of bringing Cold War history to life for millions of visitors from around the world.

Reviewed by
Roxanne B.

Neat!!! Definitely a must if your in the area, the 45 min tour is worth every penny!! Book online ahead for convenience. Our tour guide definitely needed a energy drink but he was very informative!! Read more

Loved it!! Our guide, Michael, was outstanding. A fascinating peek into our history. A combo of facts I didn't know and facts I'd forgotten. Definitely recommend. Read more

My husband and I were visiting the Tucson area and wanted to check this museum out. We walked in on a Saturday around 2:30 pm with no reservation and we were able to get tickets for the 3 pm... Read more