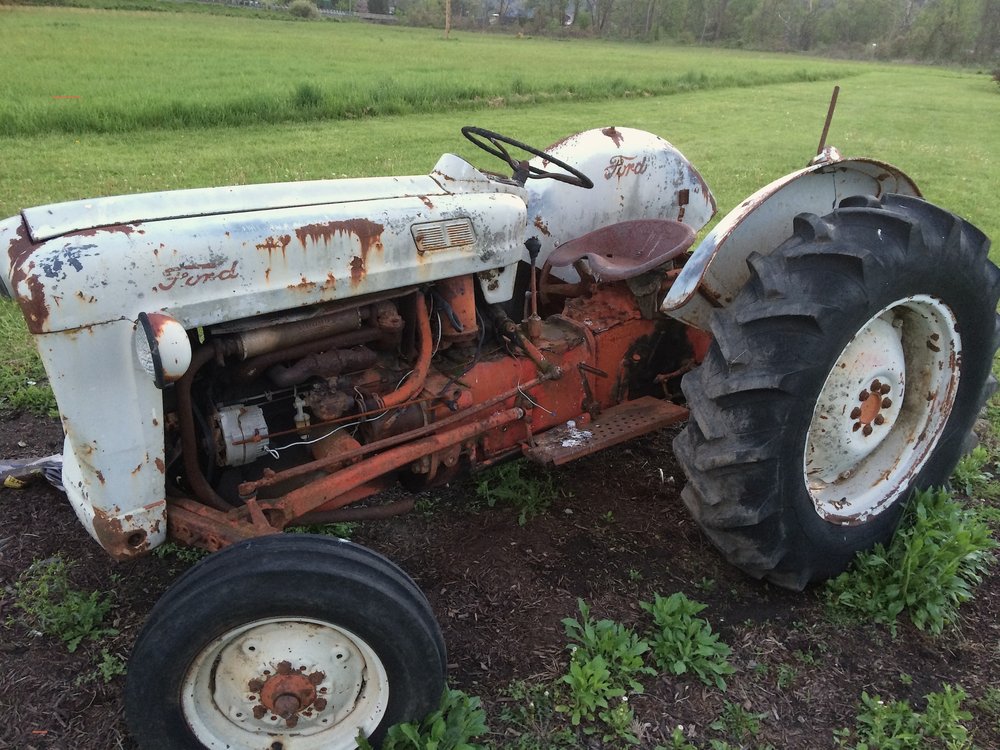 Lake Shawnee Amusement Park is a thrill for more reason than one. It closed its gates in the 1960's after about 40 years of business bringing joy to most... and fright to others. The park lay abandoned and unattended for years before the White family purchased the property, which Chris White continues to manage today. The White family intended to re-open Lake Shawnee Amusement Park until they realized that there was a use for the park just the way it was-- rusted, crumbling, and overgrown. People were intrigued by the creepy, eerie pictures of Lake Shawnee... and surprisingly, they wanted to visit. This abandoned amusement park is pretty overgrown these days. It shut down in 1966 and has been derelict ever since. Lake Shawnee was the site of both a Native American burial ground and the massacre of the Clay family.  The Clay family were settlers who were attacked by Native Americans. Two of their children were killed in the attack and the third was burned at the stake.  The land was later bought in the 1920s and developed into an amusement park...how lovely. Several tragic accidents happened at the park when it was in operation. A little girl died on the mechanical swings, when a truck backed out from a stand and struck and killed her. The second accident was a boy drowned in the lake. After this the park was closed down.  It's believed you can still hear children laughing, and some people claim they see a swing moving all by itself. This location was featured on the Travel Channel’s Most Terrifying Places in America, the Discovery Channel’s Ghost Lab, and ABC’s Ten Most Haunted Places in the World. Digital cameras and audio recorders are welcome. You must bring a flashlight. "Lake Shawnee is a closed amusement park with some attractions still visible. It was constructed on the site where some early settlers were killed by Indians. Supposedly, several people died at the park over the years also. Around 2004, a television show filmed an episode of "Scariest Places On Earth" at the site and re-ignited interest. Today, catfish tournaments are held at the site weekly. Otherwise, do not trespass. A monument to the early settlers is visible from the road as are several old rusting amusement rides." When you visit Lake Shawnee Amusement Park, you'll have a chance to explore the abandoned grounds on your own. It's a great time to take some really rad pictures that will spook your Instagram followers, and it will give you and your friends a chance to meditate on the eerie juxtaposition of the innocent fun of the carnival rides and the creepy effects that time has had on the rusted attractions. Of course, Lake Shawnee is also the perfect setting for a Halloween ghost story. According to White, when the county was first settled, the land where the park stood was the site of a skirmish between a family of farmers and some local Native Americans, further corroborated by the fact that the Whites discovered a treasure trove of Native American artifacts when digging on the land. There were also several incidents at the park while it was operating, and as a result, the park is allegedly haunted. I don't want to give too much away, since the ghost stories are best heard while at the park-- in fact, White asked us not to reveal the nature of the paranormal activity reported at Lake Shawnee.  Since eerily similar incidents have been reported by various guests, White wants to make sure that all the paranormal happenings reported are as authentic, genuine, and organic as possible (and as someone who has heard about the various reports, I can confirm that they are seriously strange and mysterious). Besides, not knowing the specifics of ghostly happenings adds another layer to the park's spooky aura. The White family and Lake Shawnee have been featured on various TV shows, and allow paranormal investigation groups to book overnight stays during the offseason.  If you don't wind up seeing an actual ghost during your visit, don't worry... the park also features a theatrical haunted house that should give you a fright or two! Plus, the setting of the park adds a whole other level of thrills and chills-- how often can you say you went to a haunted house that might actually be haunted? They also feature talks given by not only people who have expert history on the land, but also by people who have experienced ghostly happenings, and even occasionally from people who visited Lake Shawnee as kids, back in its glory days, which is always interesting to hear. If you're feeling brave enough to pay the park a visit, they're open on Friday and Saturday nights in the month of October between 6:30pm (for picture-taking and exploring) and midnight. For more specifics and details, or to enquire about overnight stays during the off-season, just give them a call. -Roadtrippers

If I could give this place and the people who operate it negative stars, I would. After attempting several emails and phone calls with absolutely no response, I decided to drive 2 hours to check... Read more

As others have noted, I received no response to calls, text messages or emails inquiring about visiting. If a business is going to stop responding to messages, a message stating such should be... Read more

Absolutely LOVED spending the night here. We had Chris show us around and give us the tour, and he is truly a great storyteller and I'm so glad he is preserving the history at Lake Shawnee. We... Read more