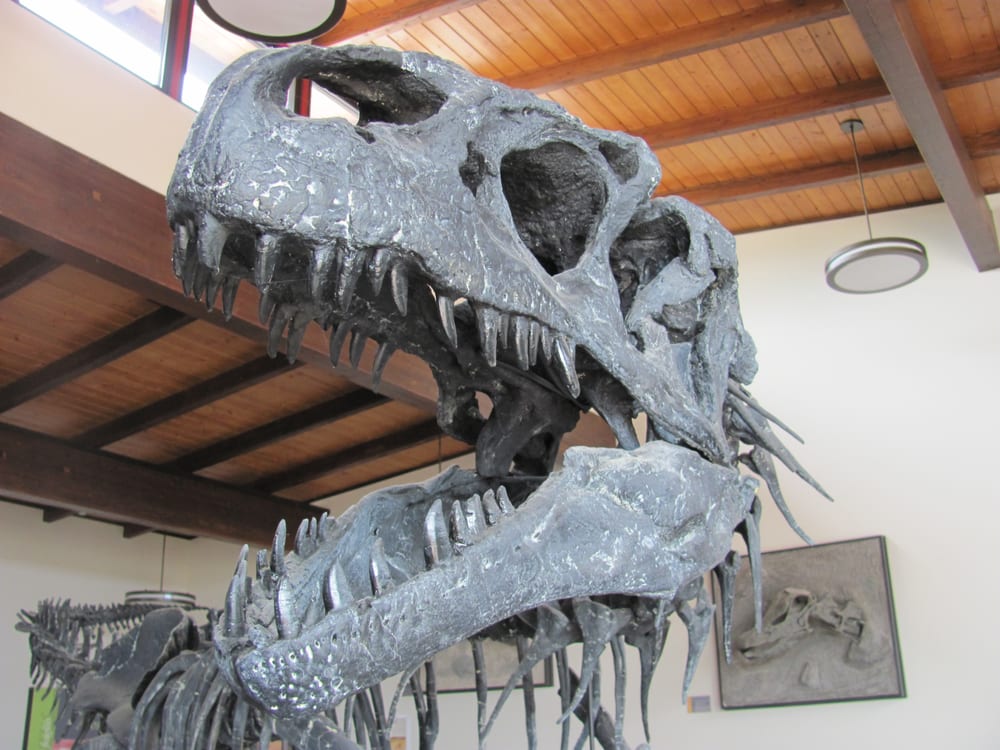 “the greatest accumulation of Jurassic dinosaur bones in the world”

The Cleveland-Lloyd Dinosaur Quarry contains the greatest accumulation of Jurassic dinosaur bones in the world. Since the 1920s, paleontologists have collected more than 12,000 fossil bones at the quarry. At least 70 individual dinosaurs died here about 145 million years ago during the Jurassic Period, and their jumbled skeletons were covered by sediments of the Morrison Formation. The remains of the carnivorous dinosaur Allosaurus are unusually common, and visitor center displays include an Allosaurus skeleton. Visitors can also view part of the quarry that has been enclosed for specimen protection. There are restrooms, picnic tables, and self-guided trails. The Cleveland-Lloyd Dinosaur Quarry was designated BLM’s first National Natural Landmark in 1966.

I don't know why the map pointer puts this place in Price; it's about 20 miles southeast on 191 from there, just south of the junction with 123, on the west side of the road. Dirt road looked... Read more

This "monument" is WAY out of the way and NOT worth the detour. There are at least 13 miles of dirt roads and GPS was spotty. When we arrived, there was a VERY small building with a one room... Read more

Reviewed by
Mindi A.

Well we are glad we went but it's a haul! About 13 miles of dirt road driving with minimal signage so pay attention. The dirt road was in good shape when we visited. (A Monday morning in... Read more