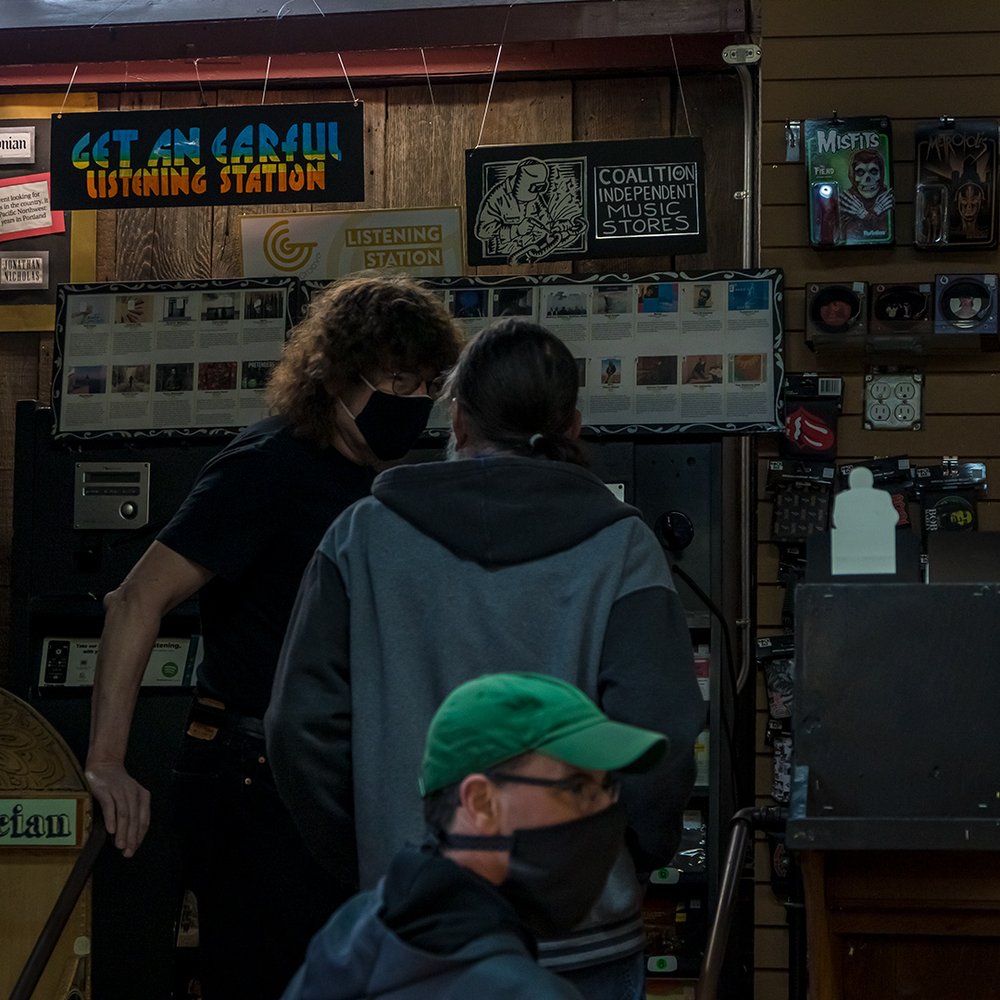 It was The Ides of March, March 15th of 1969, when Don MacLeod, his wife Loreen and brother in law Dan Lissy first opened an 800 square foot record store on the corner of 32nd & East Burnside. Specializing in mostly underground music not found in the department stores, drugstores or the couple of record stores which existed at the time, Music Millennium filled a niche for the Portland music community. Titles by Fairport Convention, Frank Zappa, John Fahey, The Fugs and Holy Modal Rounders were stocked in the small store along with the sounds heard on the then three month old FM station, KINK- The Underground Link. The store quickly grew in the first five years to its current size, including the addition of a classical store called The Musical Offering, later known as Classical Millennium (closed in 2012). A second Music Millennium store was also added next to the now defunct Purple Earth Tavern at NW 21st & Irving, later located at 23rd & Johnson. It's over 40 years later and Music Millennium is the oldest record store in existence in the Pacific Northwest. Throughout our history, we've stocked the ever-evolving gamut of formats including LP, 45, reel-to-reel, 8-track, cassette, DAT, compact disc, mini-disc, DCC and CD-ROM. As people who know and love music, Music Millennium has hosted an array of in-store performances and autograph appearances over the years, including the likes of Richard Thompson, Luscious Jackson, Loreena McKennitt, Maureen McCormick (aka "Marcia Brady"), Blue Rodeo, Shonen Knife, Matthew Sweet, Soundgarden, Mike Watt, Don Walser, Sheryl Crow, Randy Newman, Everclear, Jewel, Little Feat, Susannah Hoffs and Cheap Trick to name a few.

I called today to find some slightly random music from the 1970s, and Kevin was awesome! He was incredibly helpful and hooked me up with exactly what I needed. Plus we always appreciate a dog... Read more

In some ways this is one of the best record stores in the city/country. It does have plenty of flaws though. It's very cliquey (have known numerous bands and musicians ignored when contacting this... Read more

Do you need a record or cd? They probably have it, and have it used so you can save a few $. They even have a few kpop albums (mostly boy bands and twice). Make sure you know what you're looking... Read more