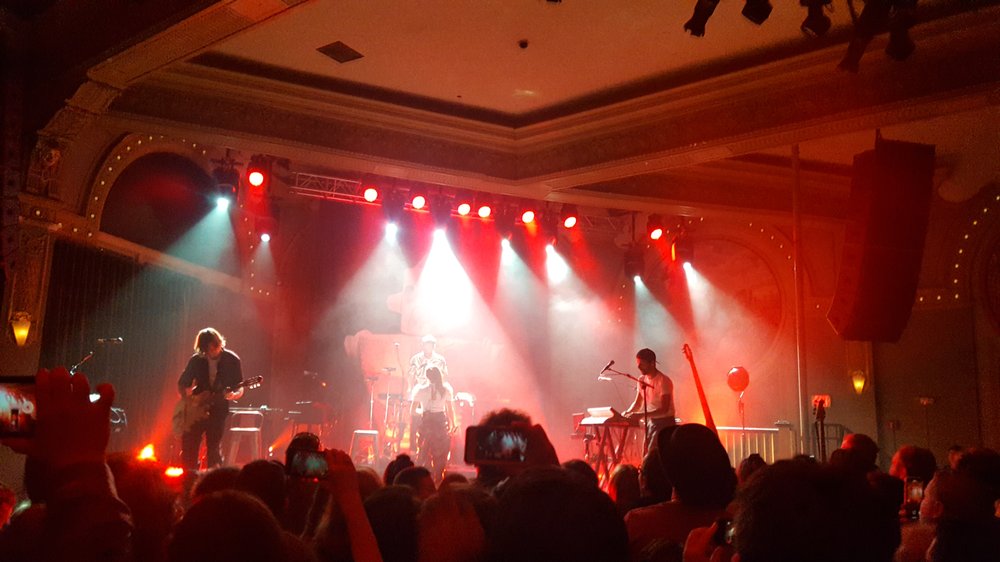 This second-story brewery is home to two seasoned and creative brewers - Tony Balzola and Alex McGaw - who, in addition to the usual company standards and seasonals, work to have a constant rotation of flavorful and unique offerings for patrons of Ringlers and the Ballroom, as well as three outlying pubs. House favorites include Pilsner Kristell, a beautiful crystal clear bohemian-style pilsner and the Crystal IPA.  The brewers also make frequent use of the barrels made available by the Edgefield Distillery, and these fabulous barrel-aged beverages are not to be missed.The brewery itself is housed in what originally was the Crystal Ballroom's dance rehearsal studio. Bits of the legendary ballroom's history are depicted on the brew and fermentation tanks, including a stern portrait of Lola Baldwin, the conservative policewoman who stayed busy during the Jazz Age keeping booze and other vices out of this place. One of McMenamins' pioneer brews — Crystal Ale — was named honoring the ballroom before the property was acquired.  The recipe was refined in 1997 to coincide with McMenamins reopening of the ballroom.

How many concerts have I attended at the Crystal Ballroom over the last two decades? More than a dozen, for sure, maybe close to 20. Out of all the event venues in Portland, this one is probably... Read more

Be ware for their is a strict Covid procedure to follow at this venue. The information is all over their website. The process starts with standing in line for at least an hour, showing your... Read more

Cool venue with great history! As it is part of the McMenamins universe, it is themed out to the max and right next to a few McMenamins restaurants/bars. The flow tends to get pretty sticky with... Read more