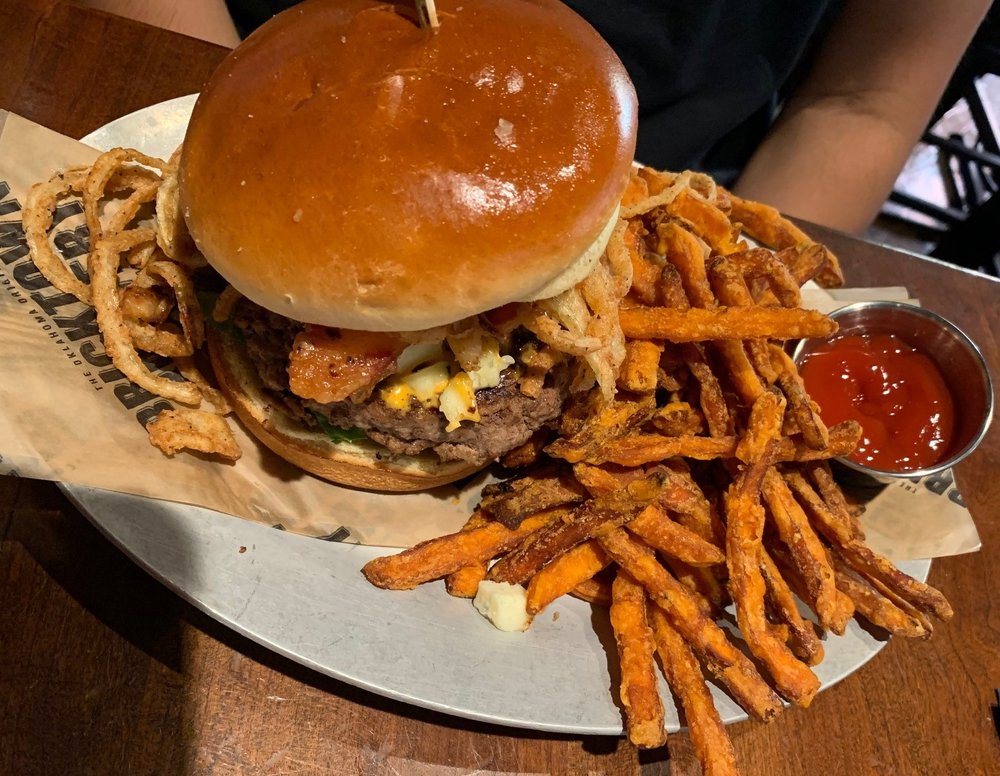 “In what was once a candy factory”

In November 1992, the Bricktown Brewery opened its doors, ushering in a new golden age of urban dining to the OKC scene. Nearly 20 years later, the Brewery has been adrenalized with a new look, new menu and new focus on delivering great food, great beer and a great experience to the citizens of Oklahoma City. The building which Bricktown Brewery calls home was once a candy factory, and they say that ghosts of the Oompa-Loompas who are buried in the basement haunt guests who don’t leave a good tip. So be aware…and act accordingly.

It's a great place with good food and great service. A good place for classic American cuisine. Bring your friends, coworkers, or a date you like. Read more

Amazing service! We where in town for 5 days and ate there 5 times. USA Softball players loved it! Something for everyone. Big portions. Great Food! Meatloaf top shelf Boneless wings great... Read more

The pulled pork sandwich was TO DIE FOR! The flavor of the sandwich and the pork were stellar. I was skeptical about the red onion marmalade and now I want to buy it by the jar. The drinks were... Read more