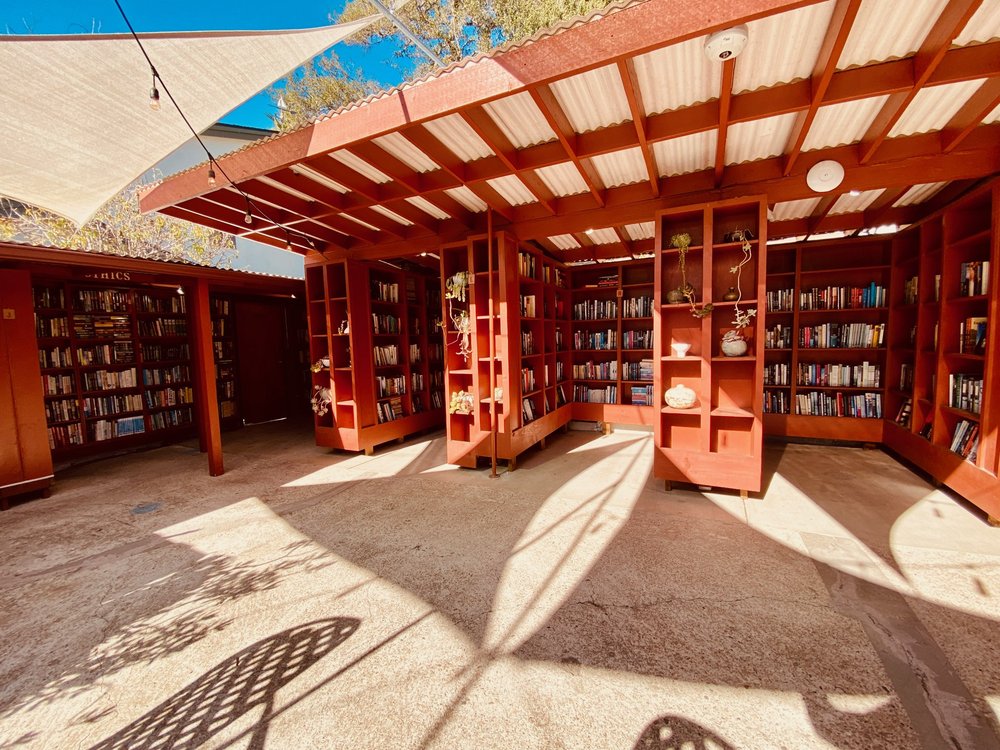 “Shop for books, outside!”

It’s no secret that Bart’s is a bookstore unlike any other, attracting people from all over the world and gaining recognition for being the largest independently owned and operated outdoor bookstore in the U.S.A.. For years, Bart’s has offered a wide variety of rare and captivating books, but the history of how this bookstore came to be is a story in itself. Bart’s Books, at the corner of Matilija and Canada streets in Ojai, CA, is the home to the largest independently owned and operated outdoor bookstore in the U.S.A. In 1964 Bart’s Books was little more than a sparkle in the eye of Richard Bartinsdale whose collection of books had gotten so overwhelming that he constructed a series of book cases along the sidewalk so that passersby could peruse the titles. In lieu of a cash register, “Bart” left coffee cans atop the book cases. People would select a title or two and leave payment in the cans, giving birth to Bart’s world famous tradition of selling books via the honor system. Since that time Bart’s Books has become host to nearly one million books ranging from the thirty-five cent specials which line the outside walls and are still for sale on the honor system, to rare, out of print first editions, and art books valued in the thousands of dollars. Nearly half a century after its inception, Bart’s Books continues to mystify patrons, journalists, and book lovers with a character and charm that beggars description and a selection of books that is beyond compare.

Reviewed by
Cathy A.

I've only recently heard of this place and have been twice in three weeks. I tell everyone I know about it. They have an enormous selection of new and used books (mainly used) and the place itself... Read more

YO...I came here with the mentality that EVEN IN THE MIDDLE OF OJAI, CALIFORNIA...I must fight the powers that be. I was looking for two books: White Fragility: Why Is It So Hard for White... Read more

This is such a cute little bookstore. They have a clever interior design. This shop is partially indoor and outdoor. They have all sorts of books and stickers. They have books in the outside of... Read more