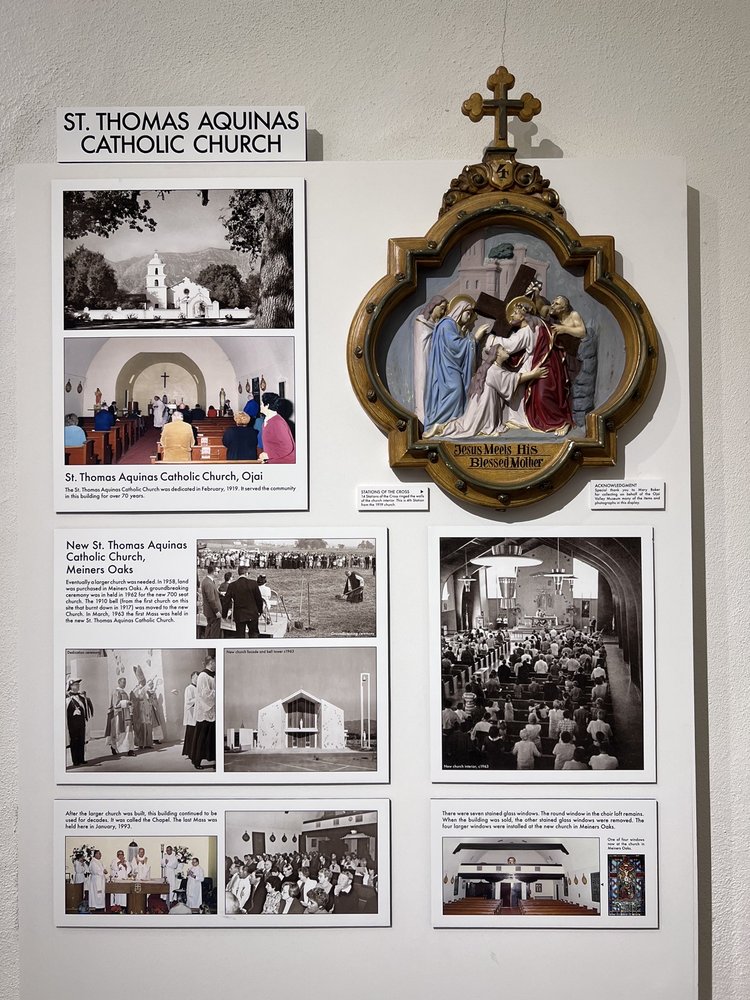 The Ojai Valley Museum is the only museum in Ojai, California and has served its community for 46 years. The mission of the museum is to bridge the past with future of Ojai with a permanent exhibition on Ojai History in the new "John and Ginger Wilson Memorial Gallery". The Rotating Gallery features 4 original exhibitions a year which run 10 weeks each.The Ojai Valley Museum of History and Art is housed in a 1918 National Historic Landmark church. Its 5000 foot facility has a Permanent Gallery exhibiting Ojai's history; a walk-in diorama of the Sespe Wilderness; a Museum Store with products related directly to the mission of the museum which is "Ojai". The Rotating Gallery mounts 4 original exhibits a year describing Ojai's art, history, and culture. The temporary exhibitions change every 6 to 10 weeks.The museum has gone through a $150,000 renovation on the original chapel space dedicated in 1918. The museum closed its doors between January and April 19th 2014 to undergo the renaissance.The completely renovated Sanctuary Gallery housing the semi-permanent exhibits on Ojai History re-opened to the public in late April, 2014. Come see our new galleries and exhibits devoted to the history, art and culture of Ojai.

CURRENT HOURS: Friday 1-7pm Saturday 10am-4pm ​Sunday 10am-4pm PARKING: They have a parking lot behind the museum, on Blanche. We went to Bart's Books prior and parked on the street which was... Read more

Fantastic museum in a former church! This museum gives a great history of Ojai with photos and artifacts. The staff was very nice. There is a tiny gift shop with items made locally. I highly... Read more

What I learned here today: just a couple generations ago, retirement was dreaded. It represented an ending and a separation from much of mainstream American life. Many seniors lived in poverty.... Read more